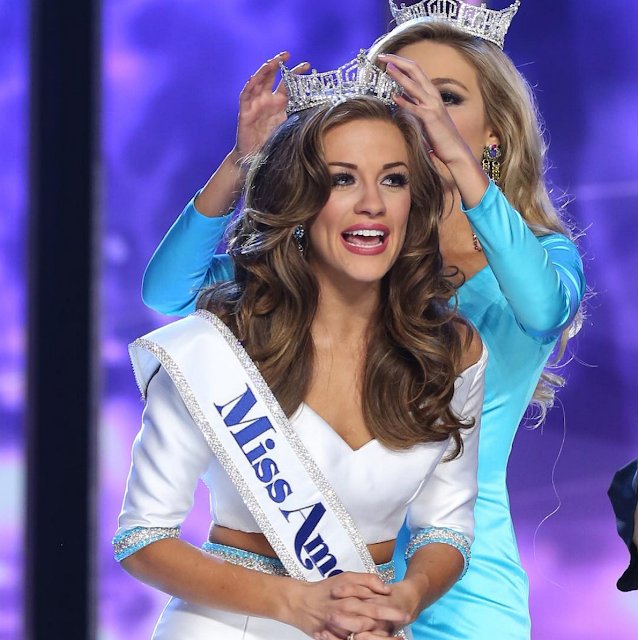 There she is ... and she costs about $4 million more this time.
A New Jersey redevelopment agency approved an $11.9 million deal Tuesday to keep the Miss America pageant in Atlantic City for the next three years.
That's $4 million more than the previous three-year deal as the seaside gambling resort teeters on the brink of bankruptcy, the state threatens to seize control of its finances and some of its eight casinos hang on by a thread.
The Casino Reinvestment Development Authority approved the contract with the Miss America Organization and Dick Clark Productions to keep the pageant on the Atlantic City Boardwalk, where it began back in 1921. The agency collects state-mandated casino payments and approves them for redevelopment projects designed to improve the city.
The CRDA will make the payment toward the pageant's production costs. In addition to the national exposure the pageant's post-Labor Day finale generates, Atlantic City will also be prominently promoted during Dick Clark's New Year's Rockin' Eve and the Billboard Music Awards broadcasts over the next three years.
The three-year pact with the pageant did not include the other broadcast partnerships.
"It was very important to us that Miss America and Dick Clark promote Atlantic City as a destination resort," said John Palmieri, CRDA's executive director. "We didn't want to lose Miss America. We negotiated a contract we believe was a fair contract."
The extra broadcast exposure was a key part of the deal for CRDA officials. The 2016 Billboard Music Awards to be broadcast on May 22 will promote Atlantic City when the reigning Miss America presents an award and touts the September pageant competition. Similar events will take place in the 2017 and 2018 awards shows.
And live remote broadcasts from Atlantic City will be included in each of the next three New Year's Rockin' Eve broadcasts, including the name of the venue the concert is taking place in and that it is in Atlantic City.
CRDA staff estimated the pageant directly supports more than 15,000 hours of employment from building trades to support staff. City officials say the pageant generates millions of dollars of economic activity in and around Atlantic City each September.
They also note that an agency that promoted the resort to other parts of the country, the Atlantic City Alliance, is being eliminated as part of state-mandated austerity measures for the financially strapped city.
The Miss America pageant began in Atlantic City as a way to extend the summer tourist season after Labor Day. It moved to Las Vegas for six years before returning to Atlantic City in 2013.
Source: ABC News, 2/16/2016