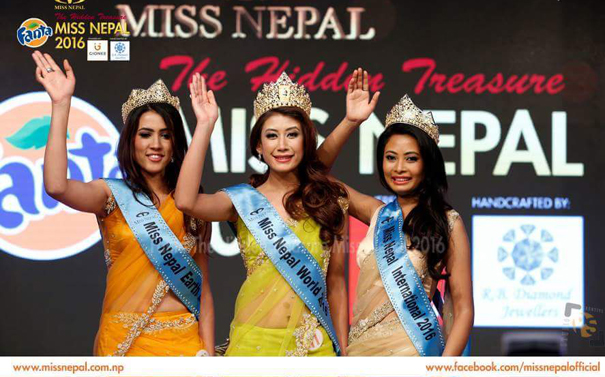 Asmi Shrestha, 22, from Chitwan was crowned the 21st Miss Nepal World during a nationally televised show on Nepal Television held at Hotel Annapurna in Kathmandu on April 7th. She will now compete in Miss World 2016 pageant whose date and venue have not been confirmed. Roshni Khatri placed second and was crowned Miss Nepal Earth 2016, while Barsha Lekhi place third respectively and will compete in Miss International 2016 to be held in Tokyo sometime in October. 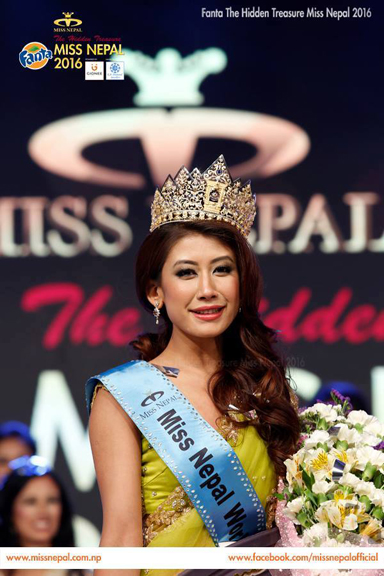