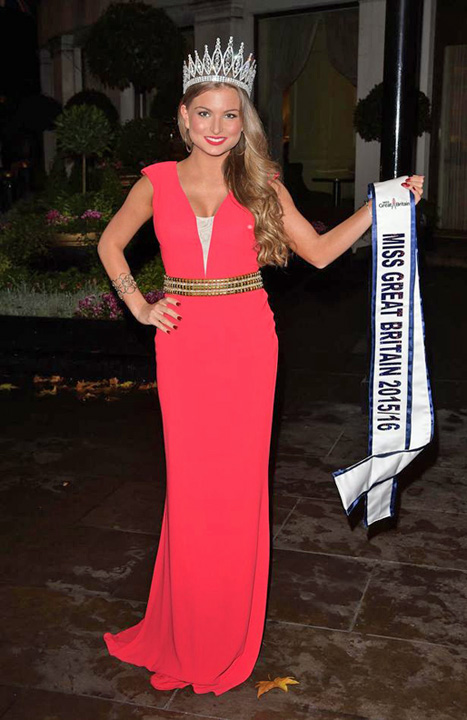 The reigning Miss Great Britain, Zara Holland, has been stripped of her title after having sex on ITV2 reality show Love Island.
Beauty pageant organisers said they had “no problem with sex” but said they could not condone Holland’s relationship with 24-year-old scaffolder Alex Bowen.
Wednesday’s episode of the show, watched by around a million viewers, featured the two in bed together and what one insider described as a “look of delight” on Bowen’s face.
Although no explicit scenes were shown, it was readily apparent what had happened from comments that were featured in the following night’s programme.
Love Island presenter Caroline Flack criticised the decision, saying Holland was a “very sweet girl. What even is Miss GB? Are we living in the dark ages?”
n a statement, Miss Great Britain organisers said they had taken the decision with “deep regret”.
“We pride ourselves on promoting the positivity of pageants in modern society and this includes the promotion of a strong, positive female role model in our winners,” they said.
“The feedback we have received from pageant insiders and members of the general public is such that we cannot promote Zara as a positive role model moving forward.
“We wholly understand that everyone makes mistakes, but Zara, as an ambassador for Miss Great Britain, simply did not uphold the responsibility expected of the title.”

A spokesman for the programme said Holland had been informed about the decision and had chosen to stay on the show.
The current series of Love Island, which first aired on ITV in 2005, has featured a penis moulding contest and a “girl on girl sock wrestling championship” in a paddling pool of jelly.

The now former Miss GB told fellow contestants on Thursday she regretted her decision to sleep with Bowen, the former boyfriend of Loose Women star Vicky Pattison, the winner of I’m a Celebrity in 2015.
She told the cameras: “You know when you’re in the moment and it just happens. That’s really not like me at all. Why couldn’t we have just gone to sleep?”
Around 70 cameras follow the contestants’ every move, with a reputed 1,000 condoms placed strategically around the villa.
Contestants face a “race against time” to couple up, with anyone who stays single in danger of being eliminated from the show and missing out on the £50,000 cash prize.
New features on the show this year include an outdoor gym and a redesigned hideaway for couples’ “one-on-one action”.
Presenter Flack said the sex on the show sometimes made her cringe. “I had to have my fingers in my ears for certain parts,” she said, before the current series’ transmission.

The stories you need to read, in one handy email

Read more
“I could watch it, no problem, but I preferred watching it to listening to it. I don’t like hearing those noises!”
Holland will be replaced by runner-up Deone Robertson, who had been crowned Miss North Lanarkshire.
The organisation said they would meet Holland on her return to the UK from the house in Majorca “to fully explain our decision and will wish her the very best going forward”.
● This article was amended on 17 June to remove a reference to the Miss World competition. Miss World is open to Miss England, Miss Wales, Miss Scotland and Miss Northern Ireland, but not Miss Great Britain, which is a separate event.