Miss Universe Jamaica Stripped Of Her Title After Suing Pageant 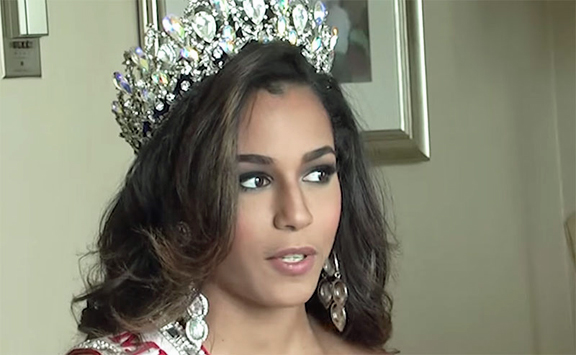 Sharelene Radlein, the winner of the Miss Universe Jamaica 2015 pageant is no longer the holder of that title.
On Monday, principals of the Miss Universe Jamaica pageant disclosed that the beauty queen has been stripped of her title stating that her actions have been “inconsistent with the culture of pageant”.
According to Loop Jamaica, the decision to strip the 2015 beauty was made Friday, days prior to the announcement at a press conference at the Jamaica Pegasus Hotel in Kingston.
The principals said they have “painstakingly sought to guide Ms Radlein in a manner which reflects the vision and ideals of the organization”.
“However, her actions have been wholly inconsistent with the culture of the pageant, both locally and internationally,” the principals said,” they also stated.
Last month Radlein filed a lawsuit in the Supreme Court of Jamaica in an effort to secure the prizes she said is due to her for topping the competition.
In the suit, she accused the organisers of failing to make good on the contract with her and is seeking millions in damages.
The lawsuit was filed against Mark McDermoth and Karl Williams — who are franchise managers — and Uzuri International Designs Ltd, who are exclusive holders of the Miss Universe beauty pageant in Jamaica.
Source: Jablogz.conm, 8/16/2016