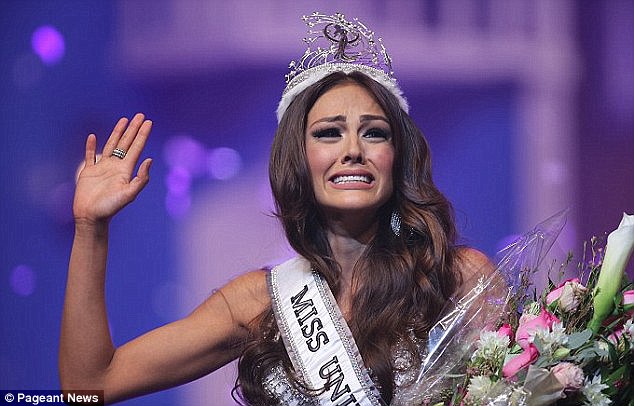 A $3 million lawsuit filed by a former Puerto Rican beauty queen whose title was taken away for purported attitude problems has been dismissed by a judge.

Kristhielee Caride had sought to be reinstated as Puerto Rico's Miss Universe representative after losing her title earlier this year.

But on Tuesday, Superior Court Judge Eduardo Rebollo said in his ruling that Caride's behavior violated the terms of her contract with PR Crown Entertainment and the company was within its rights to sever the relationship.

'Her dismissal was justified,' Rebollo wrote.

Caride's attorney, Ernie Caban, could not be immediately reached for comment. A secretary said he would hold a news conference later.


The ruling concluded a nearly week-long trial that captivated pageant fans on an island well known for its beauty queens, with TV stations interrupting regular programming to show testimony.

Rebollo cited several incidents including Caride's refusal to have her hair color or style altered; a newspaper interview in which she gave only terse answers to questions and said she did not love cameras; and a failure to appear on a local TV entertainment program because she said traffic made it too hard to reach the studio.

A shoe sponsor also declined to work with her despite having paid for the right to use Caride's image because they considered her a 'risk' given her behavior, according to testimony.

Desiree Lowry, national director of Miss Universe Puerto Rico, testified that she asked Caride to call the newspaper reporter after the interview and apologize for her behavior.
'She looked at me with a face that said, "Are you serious?'' Lowry said.

In addition, Lowry testified that Caride refused to go to the salon that PR Crown Entertainment employed and used her own stylist instead.

Caride apologized at the time, saying beauty queens have bad days too and she had erred by letting her feelings come before her job.

It was the first time a Puerto Rico Miss Universe contestant has lost her crown before the big event is held.

Miss Puerto Rico 1994, Brenda Robles, was dismissed during that year's pageant because she was pregnant.