Steve Harvey on His Infamous Miss Universe Mistake: "It Was Pure Hell" 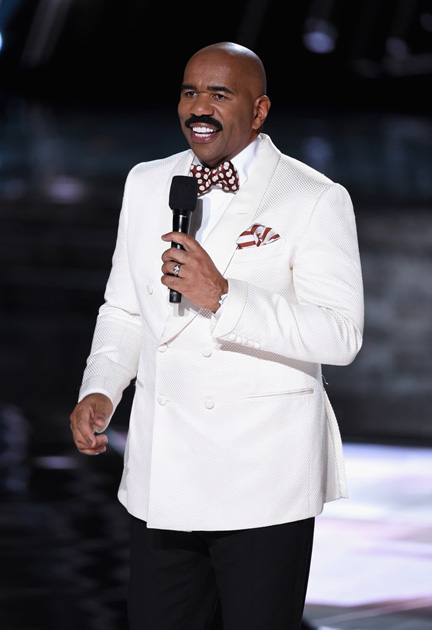 Steve Harvey is getting candid about his infamous Miss Universe blunder.
Nearly one year after the TV host mistakenly announced the wrong winner of the beauty pageant, he's opening up about how uncomfortable the unfortunate situation was for him at the time.
“It didn’t happen that quick,” Steve revealed during The Tonight Show on Monday, Dec. 5. “It wasn’t that quick. It was four minutes of pure hell.” 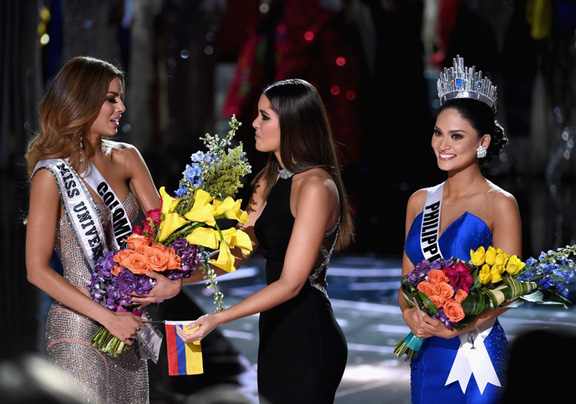 The 59-year-old announced Miss Colombia, Ariadna Gutiérrez, as the winner, when it was really Miss Philippines, Pia Wurtzbach. The falsity left both finalists and the audience noticeably in shock!
“It was crazy, man, because, look, I’m a smart guy. I can read,” he told host Jimmy Fallon. “I read the teleprompter, but the guy in my ear said, ‘Read the next name,’ and the teleprompter just said, ‘And the new 2015 Miss Universe is,’ and the next he said was, ‘Read the next name now, now.’ I said, ‘Miss Colombia.’ Crowd goes crazy. He goes, ‘Great job, Steve.’ I go in the back four minutes later, I hear a lot of words that you can’t say on TV. ‘Explicit, explicit, explicit,’ and then he said, ‘We said the wrong name.’”
“It was the most gut-wrenching walk I’ve ever had in my life,” he said of the moment he had to return to the stage and apologize for his inaccuracy. “I was brought up that way, man, to kind of just face whatever there is, so I went out and dealt with it.”
However, it seems all is forgiven! Steve will host the 2016 Miss Universe pageant on Jan. 30.