Dayanara Torres Returns To The Philippines For Miss Universe 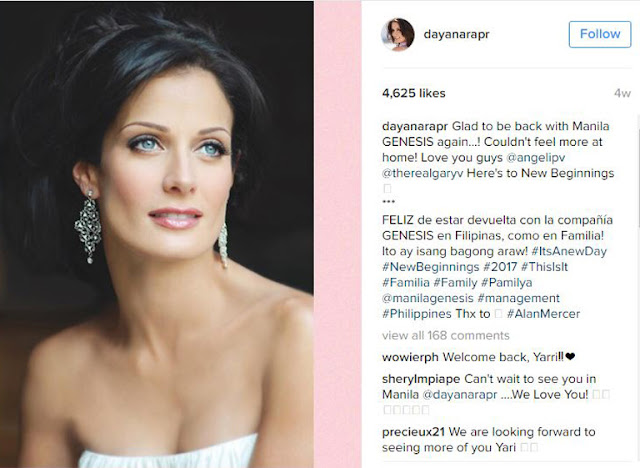 Miss Universe 1993 Dayanara Torres is expected to arrive in Manila for the Miss Universe 2016 beauty pageant.
Torres, now based in Los Angeles with her two sons from ex-husband Marc Anthony, made this posted on Instagram: “I may not be there yet, But I’m closer than I was yesterday.”
It is not yet known if Torres will play a part in the pageant.
Nonetheless, she has been open about missing the Philippines, as one of her “throwback” Instagram posts shows.
The Puerto Rican beauty queen is expected to make a comeback in Philippine showbiz.
In December, she announced on Instagram that she has returned to the Manila Genesis management agency of Angeli Pangilinan-Valenciano, wife of Gary Valenciano.
Angeli Valenciano similarly confirmed via Instagram that Torres had sought to return under her wing.
Torres, the 1993 titleholder, crowned Sushmita Sen at the Miss Universe 1994 pageant held at the Philippine International Convention Center in Pasay City on May 20.
Sen is also set to return to the country as judge in the Philippine restaging of the pageant. 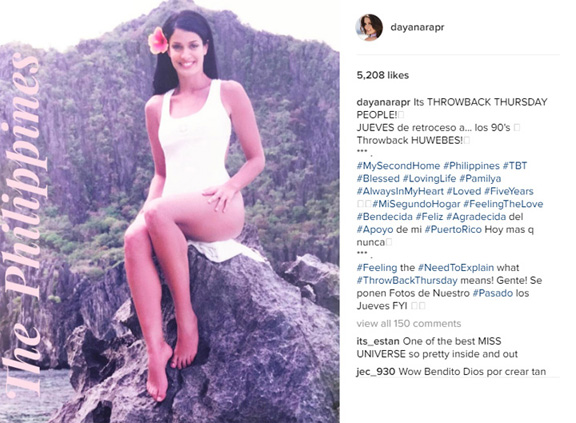 After the 1994 pageant, Torres landed a career in Philippine showbiz, appearing in local films and television and captured the hearts of Filipinos with her charm and talents.
She was romantically linked to actor, Aga Muhlach, who is now married to Charlene Gonzales, a finalist on Miss Universe 1994 pageant.
Torres then returned to Puerto Rico, where she became a recording artist. In 2005, she appeared in the popular American soap opera,  “The Young and the Restless.”
The beauty queen was married to pop Latin superstar Marc Anthony in 2000 but separated in 2002 and 2003, until they ultimately divorced in 2004.