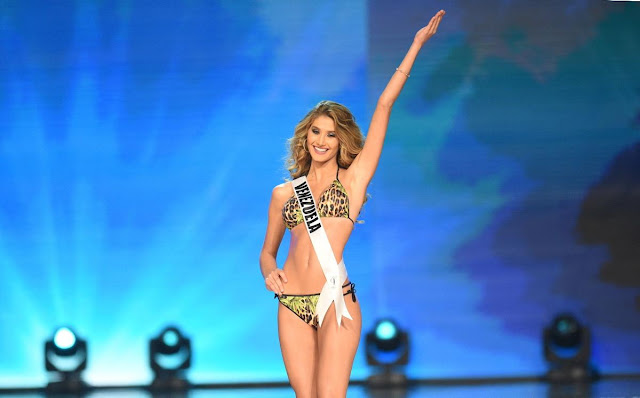 MANILA – One of the judges of the 65th Miss Universe pageant shared her thoughts on why Miss Venezuela Mariam Habach, considered a frontrunner in the beauty contest, did not make it to the Top 13.
In an interview with ABS-CBN News’ Mario Dumaual and Dyan Castillejo, social entrepreneur Francine LeFrak said they thought Habach lacked confidence during the preliminary interviews.
“I found her to be a little less confident with the interview process,” she said.
Nevertheless, LeFrak said she finds Habach beautiful. “I mean, she is gorgeous!” she said.
LeFrak went on to explain why she likes the eventual winner of the pageant, Iris Mittenaere of France.
“She had a quiet strength about her. She wasn’t nervous, while the two others were quite nervous,” she said, referring to first runner-up Raquel Pelissier of Haiti and second runner-up Andrea Tovar of Colombia.
“She had a certain self-confidence that I thought demonstrated that ‘it’ quality,” she added.
Pageant fans and experts were shocked when Habach was not called in the Top 13 of the 65th Miss Universe pageant held in Manila on Monday. The Venezuelan beauty queen previously received a lot of positive comments for her outstanding performance in the preliminary competition.
Shortly after the competition, Habach took to social media to share her sentiments, saying in Spanish that the result was not what she expected as she has done her best throughout the competition.
Habach said she will continue to work hard toward her goals and expressed her gratitude to her Filipino and Venezuelan fans.
Source: ABS-CBN, 1/3/12017