Laura González Ospina, 22, was crowned  Señorita Colombia 2017 (Miss Colombia 2017) on March 20 at Las Americas Convention Center in her hometown of Cartagena. She will now compete in the next edition of Miss Universe pageant.  The second place or "Virreina" position went to Vanessa Pulgarín, 25, from Antioquia who earned the title of Miss Colombia International 2017 and will compete in Miss International 2017 in Japan later this year. The First Princess position went to Jennifer Hernandez of Santander, the Second Princess is Vanessa Dominguez of Bogota, and the Third Princess is Maria Fernanda Betancourt of Magdalena. 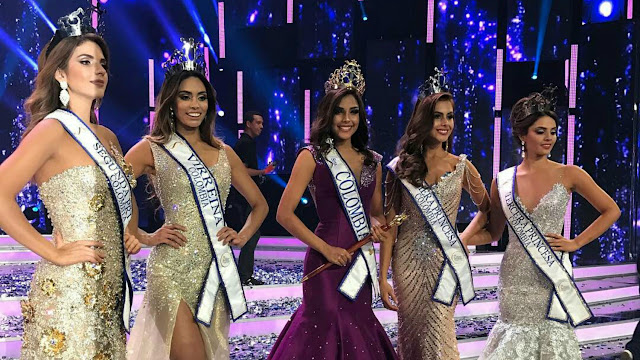