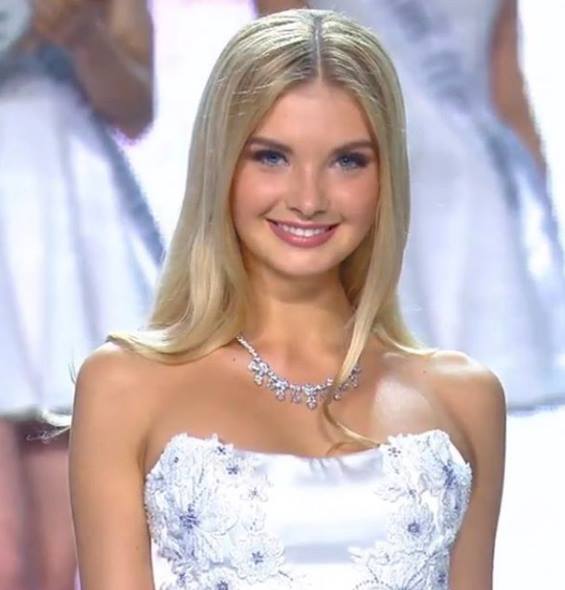 MOSCOW, April 15. /TASS/.  Polina Popova, representing the Sverdlovsk Region in the Urals, was crowned Miss Russia-2017 during the final show held in the Barvikha Luxury Village concert hall in Moscow on Saturday night.

Polina is 21 years old. She enjoys playing tennis and cooking, and studies Chinese. Her favorite book is Gone with the Wind by Margaret Mitchell.

The winner was crowned by Miss Russia-2016, Yana Dobrovolskaya of Tyumen, with a crown of white gold, decorated with diamonds and pearls and worth more than $1 million. She also receives a prize of 3 million rubles (over $53,000 at the current exchange rate), a car and an opportunity to represent Russia at the Miss World and Miss Universe competitions.

Every year, the Miss Russian National Beauty contest meets with tens of thousands of women across Russia’s 85 regions, who apply to become one of the 50 final contestants. This year, no applications were received from girls representing North Caucasus republics, but, for the first time, applicants of the Far Eastern Sakhalin Island and northern Russian city of Syktyvkar took part.

Miss Russia is the country’s national beauty pageant, which was held for the first time among Russian emigrants in Paris in 1927. In Soviet Union, the pageant was first held in 1989, under the name Miss USSR and has since been held annually in Moscow.
Since 2016, the pageant is held under the aegis of the Culture Ministry of Russia. TASS is an information partner of the event.