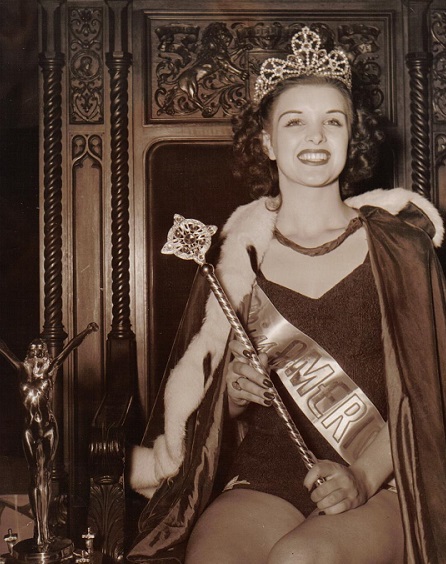 Atlantic City, NJ (June 19, 2017) -  The Miss America Organization honors the memory of Miss America 1944 Venus Ramey, who passed away Saturday at the age of 92. Venus hailed from Ashland, Kentucky, but entered the Miss America Competition representing the District of Columbia, where she moved to work for the war effort during World War II.Venus entertained in military service camps, sold war bonds, and toured in Vaudeville. In addition to a citation from the United States Treasury Department for her work in the War Bond effort, Venus Ramey’s picture was painted on the side of fighter planes. These planes made sixty-eight raids over war-torn Germany and never lost a man. At a time when it seemed the country was losing the war, this incredible story was reported by the Associated Press and bolstered the nation’s morale.During Venus' reign, Miss America was seen as a political activist for the first time, as Venus worked with Senator Kaper of Kansas and Congressman Somner of Missouri in publishing their bills to gain suffrage for the District of Columbia, as well as other Members of Congress to enact women's rights legislation.
Venus leaves behind a lasting legacy. Her memory will live on in the hearts of everyone in the Miss America family and all who had the pleasure of knowing her.