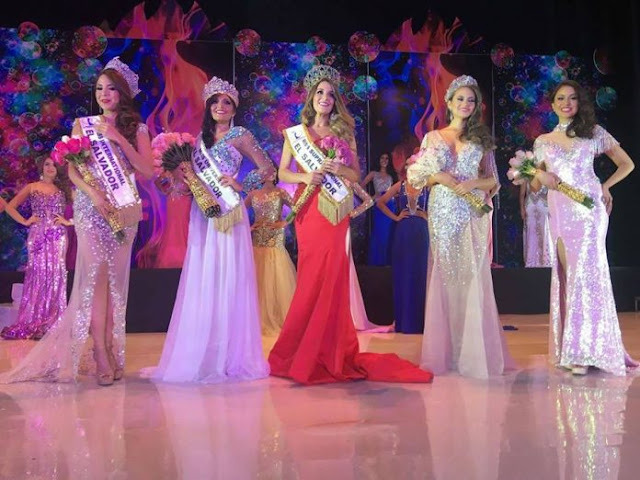 On July 7 during the finals of Reinado de El Salvador 2017 pageant, four new queens were crowned to represent their country in various international pageants for 2017.

Allison Abarca, 21, was crowned Miss Universe El Salvador 2017 and will compete in the next edition of the Miss Universe pageant whose date and venue are still to be confirmed.

Metzi Solano, 26, was crowned Miss International El Salvador 2017 and will compete in Miss International 2018 pageant in Japan in November 2018; however, the pageant's age limit is 25 and Solano will be 27 when she competes next year - which may impede her from competing altogether, according to the admin of the Facebook page, Bellezas de El Salvador.