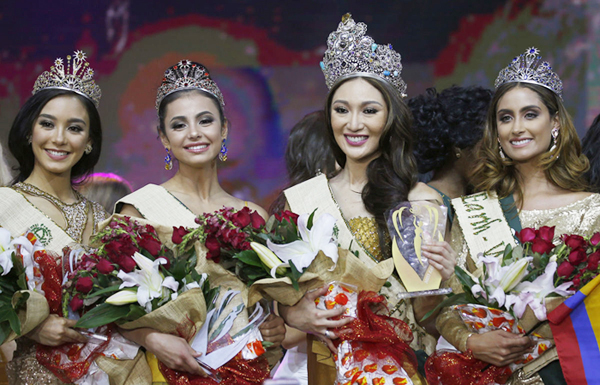 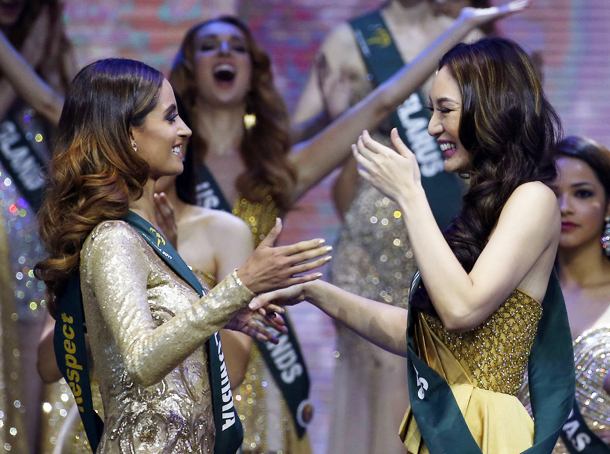 Ibasco, who studied applied physics and medical physics at the University of Santo Tomas, impressed both the judges and the audience with her reply during the question and answer segment of the pageant.
For the first segment, the Top 8 finalists were given 30 seconds to express their thoughts on a selected hashtag. Ibasco picked the hashtag#biodiversity.
“Biodiversity is very important. We are very known in the Philippines to have a lot of biodiversity, and they’re very important because they also balances the ecosystem. It’s very important for us to protect them, because as we protect them, we protect the environment to help save our home, our planet, our Earth, to be a better place to live in. Thank you,” she said.
For the next segment, thev four finalists were asked the question: “Who or what do you think is the biggest enemy of Mother Earth and why?”
Karen replied: “I believe that the real problem in this world is not climate change; the real problem is us because of our ignorance and apathy. What we have to do is to start changing our ways, to start recalibrating our minds, and redirecting our steps, because together, as a global community, our micro efforts will have a macro effect to help save our home, our planet. Thank you.” 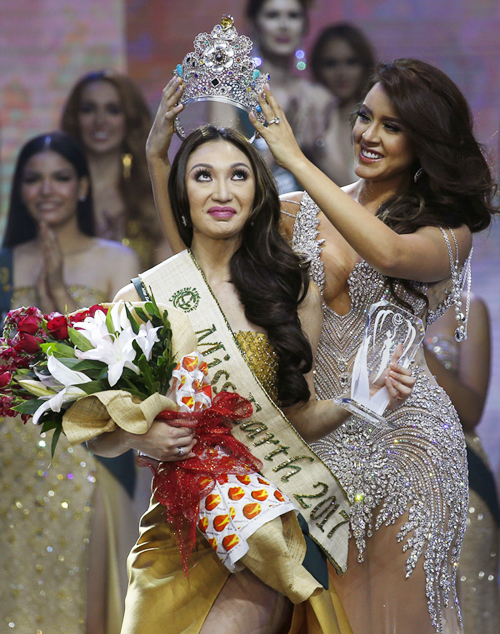 1. Miss Philippines Karen Ibasco was not on my list of favorites for the crown at all. At best,  she was number 20 on my list. Like many pageant fans, I just don't find her facially attractive, as evidenced by the fact that she failed to make the top 15 of the Beauty and Poise category) and that I was totally turned off by her severe acne problem. However, I cannot deny that Karen's performance was consistently outstanding throughout the entire competition.

2. When Karen was crowned the winner, I didn't see any contestant on stage displaying any kind of resentment, bitterness or anger. Everyone - at least most of them - seemed happy with her victory. No one seemed to have stormed off the stage,  and this suggests that she was well liked by the girls. I read that Karen's closest friend at the pageant was Miss Colombia Juliana Franco ("I am always with her," she quipped). "Always" being the operative word.

3. I watched the final Q & A segment several times, and it was clearly Karen's portion to lose. But it was obvious that she gave the best response. She was eloquent, articulate, and spoke with passion. The others could not hold a candle to her outstanding speaking skills. It seems that Miss Earth - like Miss America - is one pageant that determines the results based on the quality of the answer of each finalist. "Make it or break it," the old saying goes.

4. As it happens every year, the results did not please everyone, and that's okay. It comes with the territory. If you think Philippines did not deserve to win, that's okay. But your opinion counts little in the grand scheme of things, so you can bitch and whine and scream until hell freezes over and that still will not change the results. Nor will it convince the judges to recast their votes. It's a done deal. Move on.

5. So in the last 17 years, Miss Earth has produced winners whose facial beauty ranges - and this is just my opinion - from as low as a 4 (2017), to an average 6 (2001-2002, 2006, 2011, 2014), to a perfect 10 (2012). What does this suggest? That Miss Earth constantly rethinks its idea of beauty and recycles a particular type of beauty -  perhaps to reduce the risk of being labeled as a superficial pageant and consequently to gain respect from unforgiving critics who reuse their vitriolic language every chance they get.