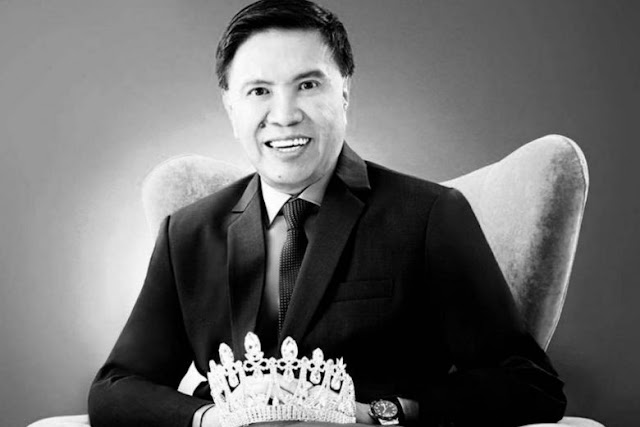 SINGAPORE - Beauty pageant veteran and founder of the Manhunt competition, Mr Alex Liu, died on Monday (Jan 22). He was 57.
According to a spokesman for his company, Exclusive Resources Marketing, he died of a heart attack in a taxi en route to Tan Tock Seng Hospital from his house in Toa Payoh at about 2pm.
Described as "the godfather of beauty pageants in Singapore", Mr Liu organised women's beauty pageants such as Miss Singapore Universe and Miss Chinatown after he set up Metromedia Marketing in 1984.
Noticing an increase in men's products at a department store, he came up with the idea of the first male model contest in Singapore. He settled on the name "Manhunt" because it was catchy, and organised the debut edition with 16 contestants at a local disco in 1988.
By 1993, Manhunt had become so popular that he staged the first global edition in Gold Coast, Australia. He formed Exclusive Resources Marketing (ERM) in 1997 and opened offices in China, Malaysia and Thailand, and established associate companies in Australia, India, South Korea and Taiwan.
Mr Liu was present at the last international edition held in Bangkok last November.
Over the years, he also organised numerous other contests, including Mrs Universe, Miss Tourism Queen International Beauty Pageant, Miss Global Beauty Queen Beauty Pageant and Miss Bikini International.
Entertainment lawyer Samuel Seow, who had known him for 15 years, says that Mr Liu was "always very driven".
"He was very proud that he had built up Manhunt into the world's largest male pageant."
Mr Seow, who owns Beam Artistes, a management company that organises Manhunt Singapore and Malaysia, adds: "Clearly, he had a keen eye for talent and how pageants work."
Mr Liu's life was not without controversy. In 1994, a German Manhunt contestant, Christian Klein, made a police report accusing him of molestation. Manhunt 1995 winner Andrew Poh made a similar report but both cases were later dropped by the police.
Addressing the accusations, Mr Liu, who was not married and had no children, told The Straits Times in 1997: "If I had done it, don't you think the police would have put me in the slammer already?"
Source: Straits Times, Singapore, 1/23/2018