Andrea Toscano, representing the state of Colima, won the first edition of Mexicana Universal pageant. She will now represent Mexico in the next edition of Miss Universe whose date and venue have not yet been confirmed. She was crowned by Lupita Jones, the national director and franchise owner. The selection for Mexico's representative for Miss Universe was for several years conducted by Nuestra Belleza Mexico Organization run by Jones, but Jones changed the name to Mexicana Universal. 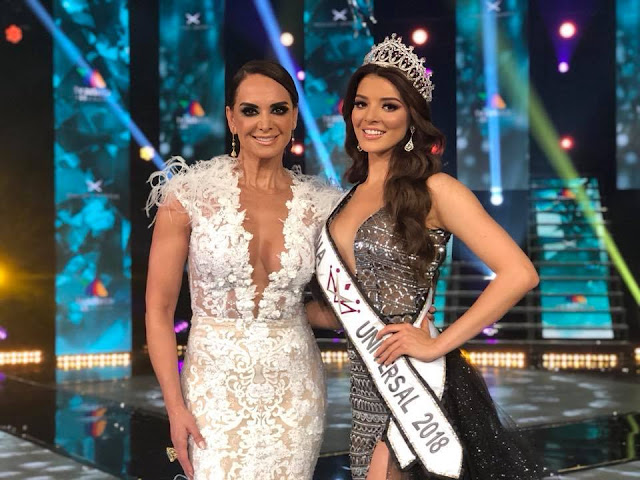 Jones with Toscano / Photo: Mexicana Universal Facebook
at 3:45 AM