Cara Mund, the reigning Miss America, just wrote a scathing letter to former winners of the pageant, claiming she has been “silenced” and bullied by executives at the organization, according to reports by The Associated Press and The Philadelphia Inquirer. She sent the letter Friday, three weeks before the next Miss America pageant in Atlantic City, where she will pass down her crown and title to the next winner.
"Let me be blunt: I strongly believe that my voice is not heard nor wanted by our current leadership; nor do they have any interest in knowing who I am and how my experiences relate to positioning the organization for the future," Mund, 24, reportedly wrote. She accused Gretchen Carlson, chairwoman of the Miss America organization, and Regina Hopper, its CEO, of “disrespect, passive-aggressive behavior, belittlement, and outright exclusion.” Neither Carlson, Hopper, nor the Miss America organization have commented on Mund’s claims. You can read the full letter at Philly.com. 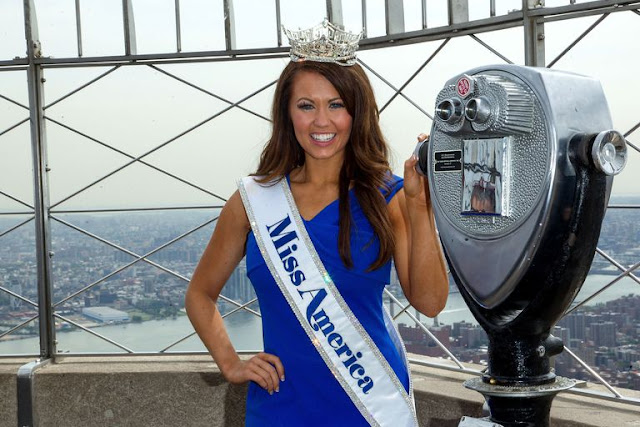 Cara Mund / Pinterest
Mund’s letter comes after a year of controversies within the pageant. Back in December, The Huffington Post reported the then-CEO of Miss America used sexist and fat-shaming language in internal emails. That led executives and board members to resign, and Carlson, who won the title in 1989, to take over as chair. Back in March, Mund told Cosmopolitan.com she had faith in the women who were newly in charge. “Miss America is here to stay, and it’s going to be better than ever,” she said. “Stronger than ever. And more relevant than ever too.” But in her letter, she claims she was often kept out of the spotlight as a spokesperson for the organization in favor of Carlson.
This June, the organization announced it would cut the swimsuit portion of the competition and stop judging candidates based on outward appearances, focusing more on an interactive portion with the judges instead. That received a mixed responsefrom former pageant winners. According to the New York Post, disagreements over the swimsuit policy and other internal issues also led four board members to leave after only a few months.
Earlier this month, Mund spoke vaguely about a turbulent year as Miss America in an interview with The Press of Atlantic City. “It’s been a tough year,” Mund said. “There have been a lot of things I can’t control. It’s felt I wasn’t always heard or utilized or appreciated.” At that point, the Miss America Organization responded with a statement to the newspaper, also noting Mund had the chance to run her own social media accounts and express her opinions:

“While this has been a different year than any Miss America could have ever expected, MAO has worked to provide [Mund] a platform from which she can build her future. Every Miss America has ups and downs during their year as the experience is challenging and rewarding at the same time. MAO is proud of the work Cara has accomplished this year and how she has represented the scholarship principles of the program.”

Now, in her letter, Mund claims the Miss America Organization punished her for giving that interview by cutting her goodbye speech to 30 seconds and limiting what she could wear. “If you want Miss America to be relevant, then the leadership needs to understand she is not a wind-up toy who they can power up to spit out the meaningless words that are put into her mouth, and then put back on the shelf until it’s time to do it again,” Mund reportedly wrote in her letter.
Source: Cosmopolitan Magazine, 8/17/2018
GETTY IMAGESSTEVE MACK