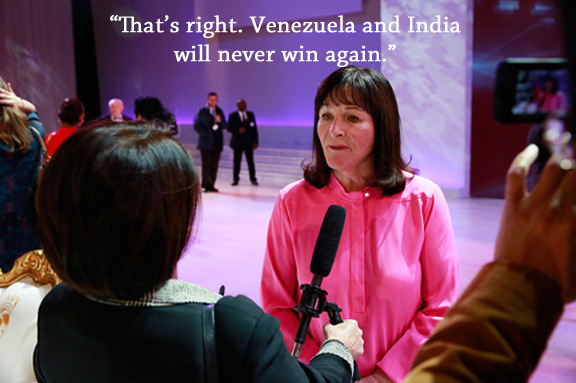 An anonymous individual created a Facebook page called "Exposing Miss World Contest" that aims to expose the corruption that has been plaguing the world's most popular pageant. The author/creator of the page claims to have worked with the Miss World Organization for decades. This author also tagged Steve Douglas on the page to elicit a reaction from Douglas, who is the son of Julia Morley, the pageant CEO who took over the organization after its founder, her husband Eric Morley, passed away in 2000.

The author makes several allegations: Steve Douglas is a felon, Eric Morley is a sexual predator, MWO sued an American pageant organizer for infringing on the word "World," the winner is predetermined, Venezuela and India will never win again, Mexico's current win is political, and that the MWO has been engaging in charity fraud.

Below is the screenshot of the page, followed by the posting in its entirety. 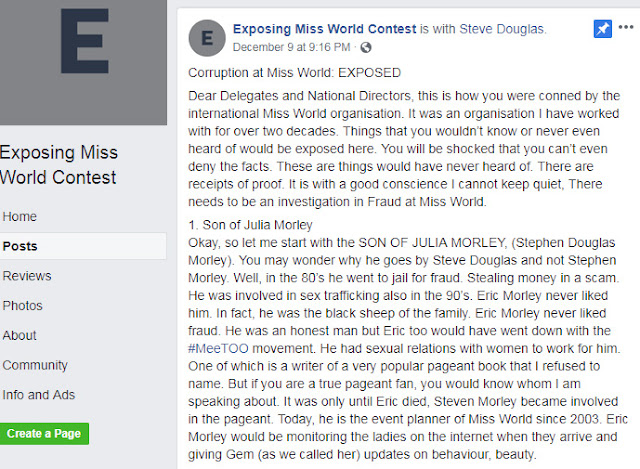 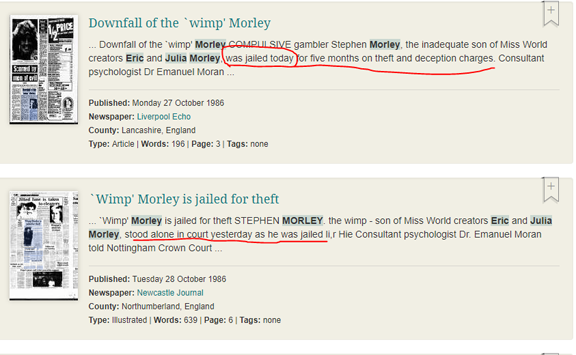 *** Critical Beauty has reached out to the author/creator of the page who advised CB that more details about the claims would be provided soon. Stay tuned!

UPDATE: As of January 15, 2019, a website has been created by the anonymous author apart from the Facebook page. https://exposing-miss-world.wixsite.com/exposingmissworld?fbclid=IwAR1JPvw2WeorQYHs22IdjgLHdYIafTnOr80pYDNMaMBPMChLaHiFcX4gpYs

UPDATE: As of January 13, 2019, the page has been taken down because of a nude photo of Miss Mexico 2016 Ana Girault was reported to Facebook. However, the anonymous author created a new Facebook page: https://www.facebook.com/Exposing-Miss-World-Contest-2439747536099484/