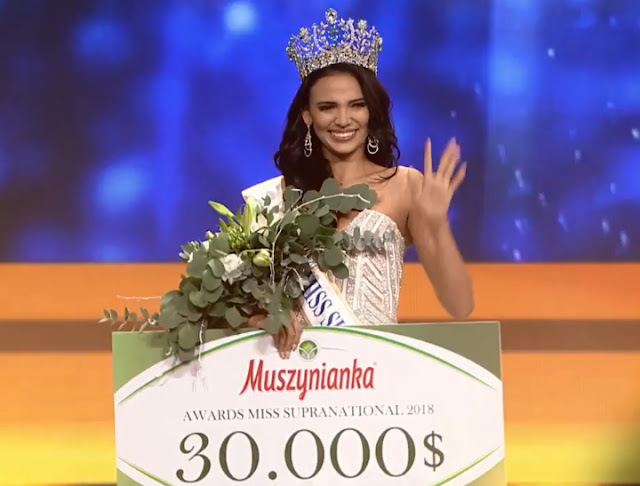 Valeria Vasquez waves to the crowd while holding her cash prize


Puerto Rico's Valeria Vázquez Latorre was crowned Miss Supranational 2018 during the tenth anniversary edition of the pageant held at  Hala Sportowa Krynica-Zdrój in Krynica, Poland on Friday, December 7.  The 24-year-old beauty won over 71 contestants from around the world. Her court includes 1st runner-up Katrina Dimaranan representing the United States, 2nd runner-up Magdalena Bieńkowska of Poland, 3rd runner-up Wilda Octaviana Situngkir of Indonesia, and 4th runner-up Diana Romero of Mexico.
Dimaranan, a Filipino-American, competed in the Binibining Pilipinas 2012 pageant where she won the Bb. Pilipinas Tourism 2012 title. She was expected to compete in Miss Tourism Queen International 2012 but the pageant was cancelled. Six years later, she was appointed as Miss Supranational United States 2018 by Cecilio Asuncion, the CEO of Slay Model Management and new franchise holder for the United States. 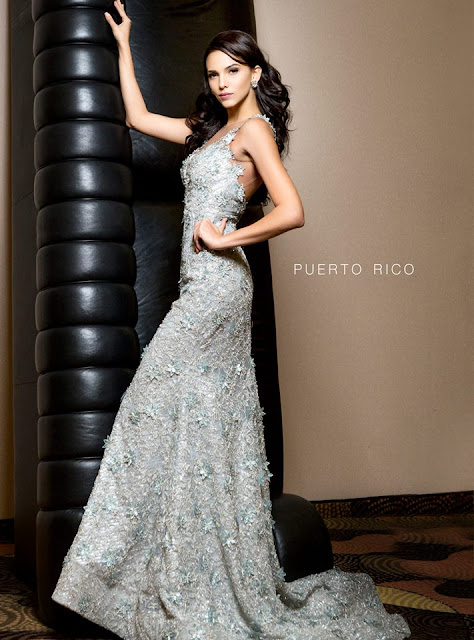