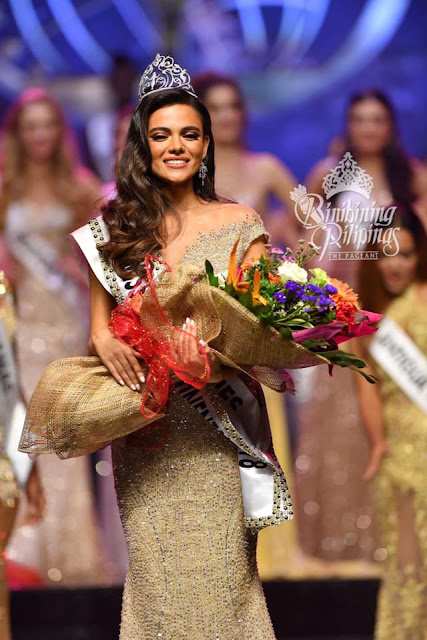 Hometown girl Karen Gallman, 26, made history by becoming the first woman from the Philippines to be crowned Miss Intercontinental during a festive coronation night at MOA Arena in Pasay City, Philippines last night. Gallman, who is half-Australian, impressed the judges with her overall performance. It was the pageant's 47th edition and the third time it was held in Asia (China hosted in 2004 and 2005).

During the Q & A round,  she was asked the question, "How do you define success?" She answered, "For me, success is not just about winning in life. It is about setting goals, achieving your dreams, working hard for everything you want, and always looking up to God and be thankful for everything. For me, that is success." 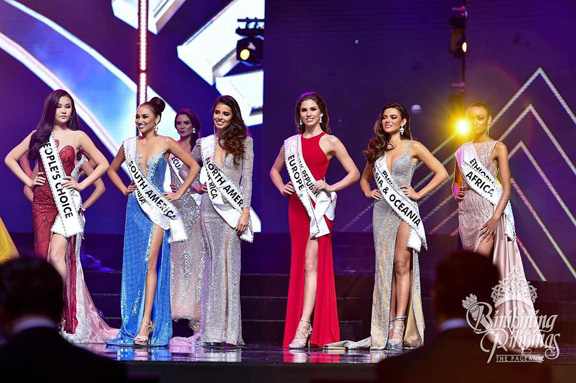 Gallman's court includes first runner-up Adriana Moya of Costa Rica, second runner-up Laura Longaurova of Slovak Rwpublic, third runner-up Hillary Hollman of Colombia, fourth runner-up Ngen Anh Le Au of Vietnam, and fifth runner-up Bella Lapso of Ethiopia. Apart from Vietnam who won the People's Choice Award which catapulted her to the top 6, the others automatically advanced to the top 5 after being named the top winner from their respective continents.

I watched the live stream of the pageant both on YouTube and on Facebook. Just a few comments. First, the introduction of the contestants was done hastily, which resulted in the contestants rushing on and off the stage. Second, the breaks in between segments were too long, averaging 10 minutes. Third, the co-hosts kept screaming to the top of their lungs instead of modulating their voices. Fourth, the president of the Miss Intercontinental Organization Detlef Tursies sat as a judge, which gave the impression that he had the final saying in selecting the winner. And fifth, the selection of continental winners left out several more outstanding contestants who deserved a placement. Overall, compared to past productions, this year's production was a slight upgrade.