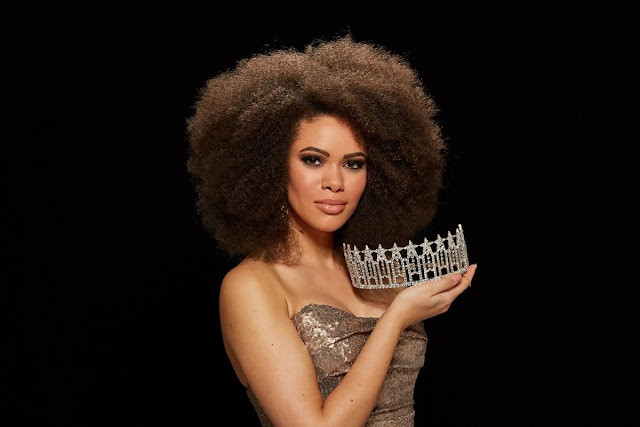 I would like to believe that my friends would describe me as confident, driven, and considerate. That’s how I perceive myself and I try to come off that way.

IF THERE WERE NO RULES IN YOUR LIFE FOR ONE DAY AND YOU COULD BE OUTRAGEOUS, WHAT WOULD YOU DO?

I would buy every article of clothing that I have saved on my Pinterest and Instagram. I try to keep money spent on clothes to a minimum and build the money I put into my saving account. I cave in at times and then later feel guilty! A guilt free shopping spree sounds amazing.

IF YOU COULD BE GREAT AT ONE THING, WHAT WOULD IT BE AND WHY?

I would love to be able to pick up languages easily and become bilingual. When traveling over seas, so much gets lost in translation. It becomes difficult to learn about their culture and day to day lives. Being able to speak their native tongue, you’re able to make such a strong connection and really indulge in their stories.

WHAT IS YOUR PHILOSOPHY IN LIFE?

Everything happens for a reason. I live by this day to day. Whenever something happens that doesn’t go the way I planned, I allow myself to feel the emotions for a day or two, then gather myself and get back into life and handle what needs to get taken care of.

WHAT IS YOUR POSITION ON COSMETIC SURGERY? DO YOU THINK PAGEANT GIRLS WHO HAVE HAD COSMETIC ENHANCEMENT HAVE MORE ADVANTAGE  OVER THOSE WHO HAVE NOT HAD ANY?

I see cosmetic surgery in the same light as tattoos. It’s a personal choice if someone wants to modify their body to make them feel more confident. I don’t believe that girls who have had surgery have an advantage over girls who haven’t. Although physical appearance is a factor, confidence is ultimately what sells the judges and makes you stand out among the other contestants. 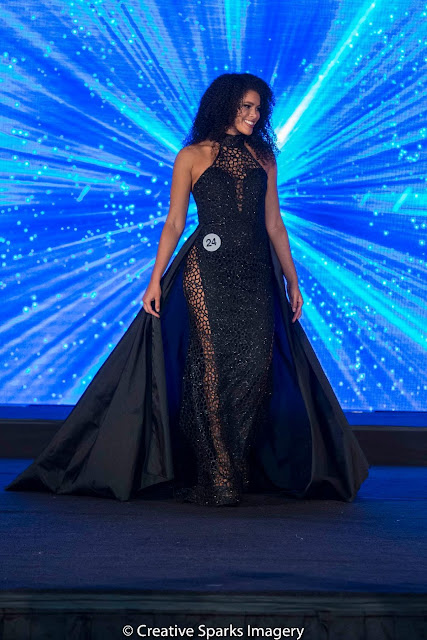 SHOULD THE GOVERNMENT BE IN CHARGE OF MAKING SURE ALL CITIZENS HAVE ACCESS TO HEALTHCARE?

I believe that the government should make sure that all citizens have access to basic healthcare. But as an adult, you do need to make decisions and take control of your life and no longer rely on others and that includes setting up an adequate health care plan.

WHERE DO YOU SEE AREAS OF IMPROVEMENT IN OUR COUNTRY AS A WHOLE?

I believe as a country we need to unite more and stop dividing into different categories. Whether it be politics, a sports team or what we should do with our southern border, we have to remember that we all live in the same country and we all have the same men and women fighting for our freedom overseas. We are all Americans and we should come together as one.

I love all sporting events! Growing up I was constantly involved in multiple different athletic activities. Red Sox games, Patriots games, minor league baseball and hockey games, you ask me to go and I would absolutely love to!

When something doesn’t go our way, especially after a lot of work has been put in, emotions can really take over. I would say that I didn’t take her comment to heart and that I understand her situation because I’ve been there before. We’ve all been in that situation and it’s not easy to adjust to.

I’m proud of the resilience of the American people. The men and women that fought overseas, athletes, our teachers, everybody who protest for justice within the United States; they’re all resilient and they don’t stop until they’ve achieved what their end goal was.

WHAT IS YOUR DEFINITION OF BEAUTY?

I don’t see beauty as a physical feature. I see it confidence and how you carry yourself when you walk into a room full of strangers. Beauty is going out of your way to check on others, offer help when it’s needed, and smile while doing it all. 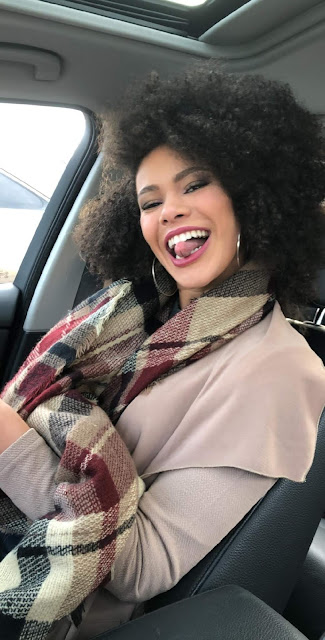 WHAT WOULD YOU NEVER POST ON YOUR SOCIAL MEDIA AND WHY?

You should never post something on social media that is negative towards another person. With so much cyber bullying and “trolls” online, the last thing we need is another person degrading someone else. In the end, it hurts your image and your reputation as an individual.

WHAT IS YOUR BIGGEST FLAW?

When I have a plan, I’m 100% invested in that plan, and when something happens that affects the end results, I don’t know how to adjust. I see this as my biggest flaw because it’s something that’s taken me years to manage. I’m now comfortable with creating multiple plans once plan A is no longer an option. My end result is still the same goal, but how I get to it is now different.

WHAT IS YOUR OPINION OF TRANSGENDER WOMEN (MALE-TO-FEMALE) ATHLETES COMPETING WITH NATURAL-BORN WOMEN?

I believe transgender athletes should have their own league in whatever sport they’re participating in. Regardless of supplements and surgeries, there is a part of your DNA creation that still clarifies you as a male or as a female. You having that upper hand is a disadvantage to other athletes that you’re competing against. Just as natural born male/female athletes are prohibited from certain supplements, transgender athletes shouldn’t be allowed to take hormone boosters while competing.

When creating a Facebook or Twitter account, you agreed to certain conditions that are set by the company. In those conditions, it blatantly states that hate speech will not be tolerated on their site. The social media giants absolutely have the right to ban and censor certain speech to keep their sites clean. 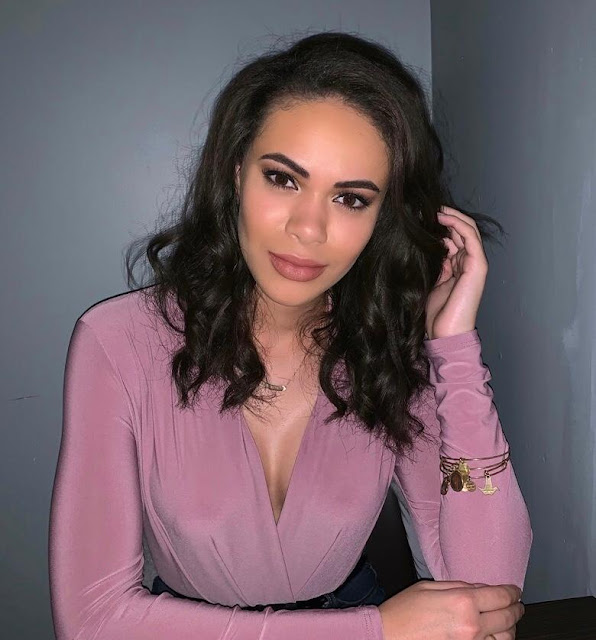 DO YOU THINK THAT PAGEANTS SHOULD DO AWAY WITH THE SWIMSUIT COMPETITION? WHY OR WHY NOT?

I competed in my first pageant at the age of 18. As soon as I stepped on stage I felt so beautiful and so confident in that bathing suit that I totally forgot there was anybody sitting out in the crowd. I spent weeks perfecting my diet,  going to the gym and living a healthy lifestyle that lead up to that moment. I feel as though taking away the swimsuit competition, the drive to live that healthy lifestyle is lessened.

IF YOU HAD $1 MILLION TO BEGIN YOUR OWN CHARITY IN ANY LOCATION ACROSS THE GLOBE, WHAT WOULD IT BE AND WHY?

I would create a charity that helped endangered teenagers in difficult abusive relationships. In high school, I was one of those teenagers. I was trapped in a two year relationship and felt like there was no way out and that no one that could help me. It took me a few years to muster up the courage and to leave that relationship but it still left a strain on me as an individual. I had anxiety attacks years after the relationship ended and was worried about going home and running into him while I was out. Violence within teenage dating happens so much more often than what we want to acknowledge and what we talk about. With my charity I would love to help these young teenagers understand their worth and know that they can escape this situation. There is so much more to life than what it currently feels like.

WHICH QUALITY OF WOMEN GIVES THEM AN EDGE OVER MEN?

Men have certain qualities that women don’t, and vice versa. When comparing men and women to each other, neither really has the upper hand. We equal out each other and are able to give what the other gender cannot. In certain situations men have the upper hand and in others, women do. There’s no simple answer to this question.

WHAT WOULD  A POTENTIAL EMPLOYER LEARN ABOUT YOU FROM REVIEWING YOUR SOCIAL MEDIA?

Although my social media portrays it as though I travel a lot and that my title takes up a lot of my free time, it’s really not the case. I work every weekend with the occasional day off here or there for important events. I’m a dedicated employee,  I spend my weekends busting my butt. If you need me to come in early, I am there. 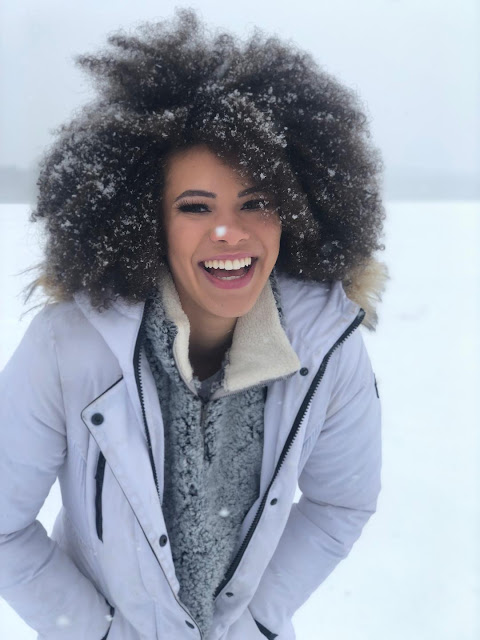 WHY SHOULD YOU BE THE NEXT MISS USA?

I believe I should be the next Miss USA because I am authentic and so genuine about my life. Regardless if it’s social media, an interview or just talking to somebody that I met at work, I’m very open about my struggles. I talk about my hardship when I went to school, I talk about how daring it was to move across the country twice without visiting either state, and I talk about all my off days that I sit around and don’t do anything because I’m so tired. I don’t portray my life as glamorous and try to limit posting anything that would give hints otherwise. I’m very genuine and very open about my life and I find that extremely important. It’s important to be relatable to everybody that’s going to be looking up to you during your year of reign.

Thank you, Alexis, for granting us this interview
and we wish you the best of luck in Miss USA 2019! 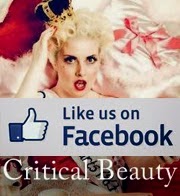