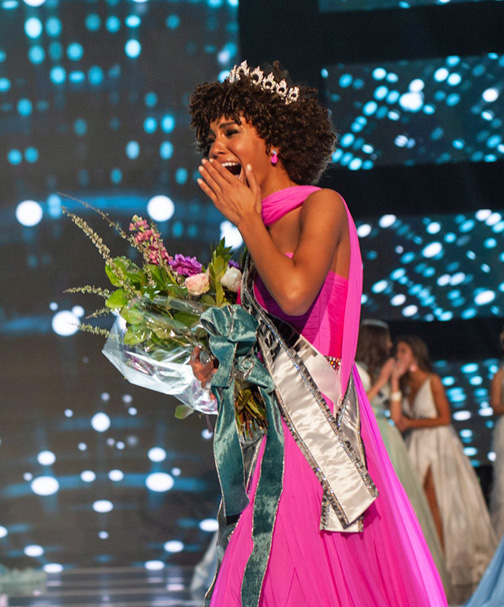 Kaliegh Garris, an 18-year-old student from New Haven, Connecticut, was crowned Miss Teen USA 2019 at the Grand Theater at Grand Sierra Resort and Casino in Reno, Nevada on Sunday, April 28. Garris had just competed in the preliminary competition that took place a few hours earlier. She is the second woman from Connecticut to win the crown (Logan West won in 2012).

Rounding up the top 15 were the delegates from Arkansas, Illinois, Kansas,  Maryland, Massachusetts, Nebraska, Oklahoma, South Carolina, Tennessee, and Wyoming. The show was hosted by former Miss USA Nia Sanchez and Tim Tialdo. Garris was selected as the winner by a "selection committee" composing of six women. Assisting in Garris's coronation were her predecessor Hailey Colborn, Miss USA 2018 Sarah Rose Summers, and Miss Universe 2018 Catriona Gray. 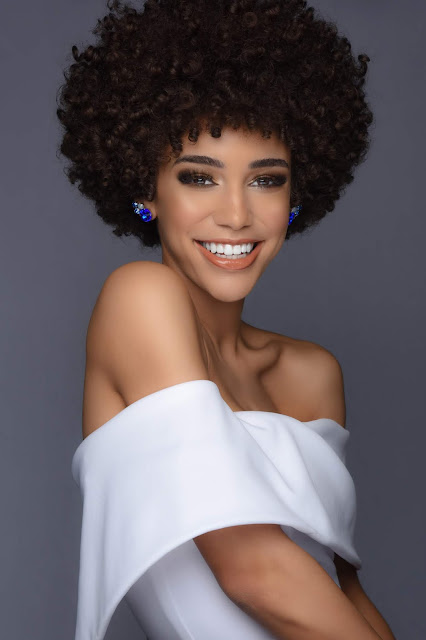 Just to give you an idea how I have been "out of the loop" lately concerning pageants: I had no idea that the finals of Miss Teen USA 2019 would take place on the same day as the preliminary competition. I watched the entire prelims on YouTube only after a link to the live stream appeared on my Facebook news feed, but I turned off the TV right after the evening gown competition. After my early morning treadmill workout today, I watched the finals from beginning to end, which went rather smoothly except for Nia Sanchez's flubs (I don't know about you guys, but her voice sounds kinda nasal to me and it is annoying.)
What is it with these "articulate" and "well-educated" young women starting their sentences with "so" or overusing it? When asked what was going on with her studies at Princeton right now, Hailey Colborn responded, "Yes, so I go back to school with exams..." When asked about her clothing line designed for girls with disabilities, Caitlyn Vogel said, "Yes, so after I did a fashion show... so I wanted to keep... so I did a clothing line..." When asked what her message was to the Hispanic Graduation Ceremony, Erica Yvette Bonilla answered, "So I was able to speak at...." When asked about her experience as a counselor in an eco-friendly camp, Kaliegh Garris responded, "Yes, so I'm an eco counselor..." When asked about her Costa Rica adventure, Kalin Burt answered, "So we actually got to go zip-lining..." When asked why anxiety and depression are rampant in her generation, Kaylee Brooke McCollum said, "Yes, so my platform is..."
Is "so" the new "like?" Ummm... so yeah, "so" replaces "like" as the new filler word.
Can I just say that Miss Universe Catriona Gray totally stood out in the photo below? Even without her sash on, she drew instant attention to her shorty short Chinese-inspired long-sleeved black dress with dragon appliqués, accessorized with a pair of red stiletto heels. 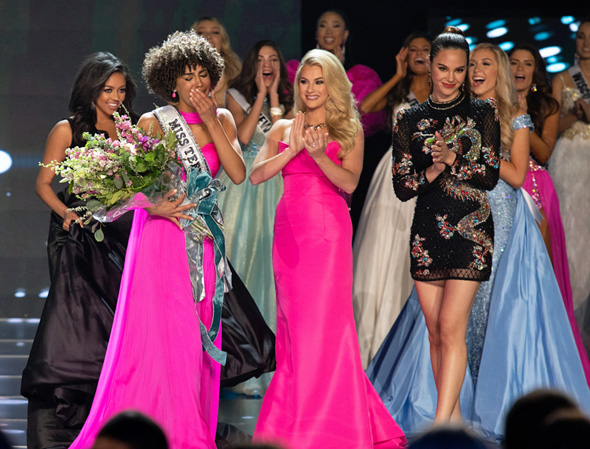 And as usual, she commanded the stage with her famous lava walk: 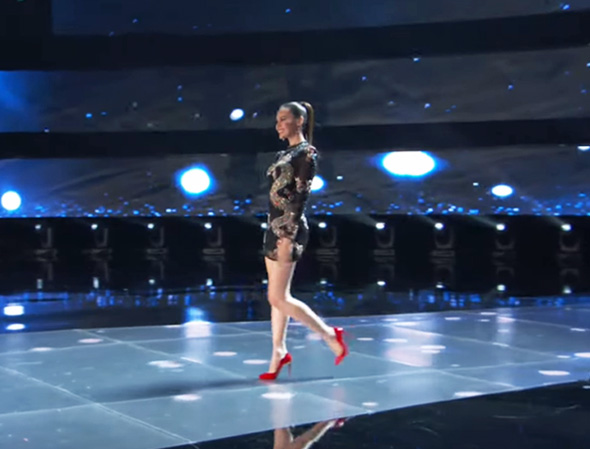 OMG! So when they showed a video of Hailey Colborn's year as Miss Teen USA 2018, it included a clip of a speaking engagement where she sat next to a woman wearing a black T-shirt with these words inscribed on it: "White Supremacy Is Terrorism." So I can only speculate that this was Colborn's "subtle" way (or perhaps even Miss Universe Organization's as well) of condemning white supremacists who engage in terror attacks. Colborn, a Princeton University student, is an articulate and talented young woman; she has a bright future ahead of her, so I wouldn't be surprised if she followed the footsteps of any honest-to-good genuine and patriotic politicians like, ummm... President Donald Trump! 😄 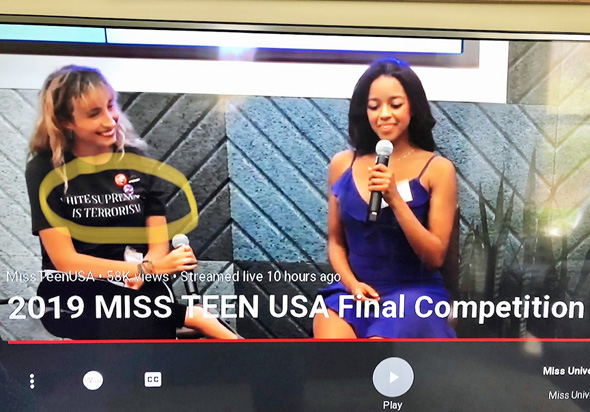 And check out Kaliegh Garris's winning answer to her final question: "A survey of U.S. teens has found that 61% of high school boys believe having a lot of money is important compared to just 41% of girls. Why do you think young women appear to be less motivated by money?"

Her response: "I would say because they have the confidence in themselves to know that they are enough. They know that no matter how much money they have, that they're still successful being themselves and that no matter who they talk to, what experiences they have, what jobs they have, they're still successful and they're still empowered in themselves."
So I guess 41% of young women today no longer dream of marrying a rich man or marrying Prince Charming. Yes, so Garris won because the judges (yup, no "selection committee members" for me) were persuaded by her solid delivery, even though I think her response was somewhat trivial. But she's just a teen and she is still learning. Give her a few more years and I'm sure she'll realize that more women than men around the world suffer from lack of confidence, are living in poverty, are regularly abused and mistreated, and have little to zero resources to empower themselves. She's lucky she lives in America where she can be whatever she wants to be, so...
By Rafa Delfin, 4/29/2019