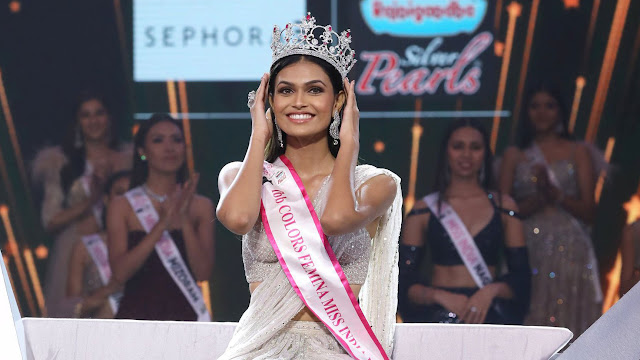 Suman Rao, 20, representing the state of Rajasthan, was crowned Miss India 2019 on June 15 at Sardar Vallabhbhai Patel Stadium in Mumbai. She will now represent India in Miss World 2019 pageant in Thailand in December. She was crowned by her predecessor Anukreethy Vas. 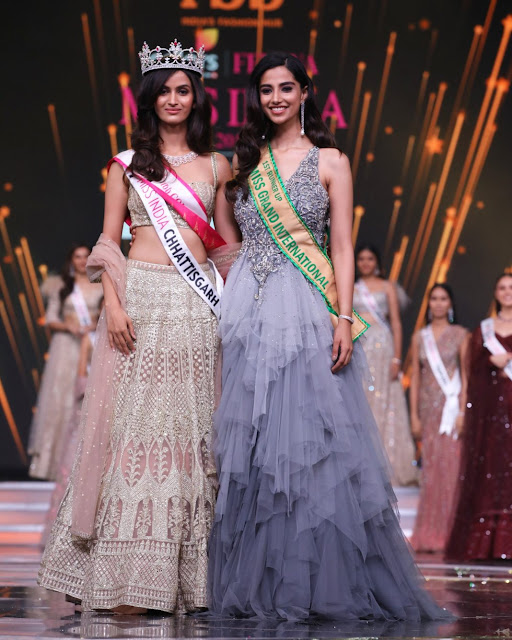 The second place went to Shivani Jadhav (left) of Chhattisgarh who was named Miss Grand India 2019 and will compete in Miss Grand International 2019 in Venezuela in October.  She was crowned by her predecessor, Meenakshi Chaudhary (right). 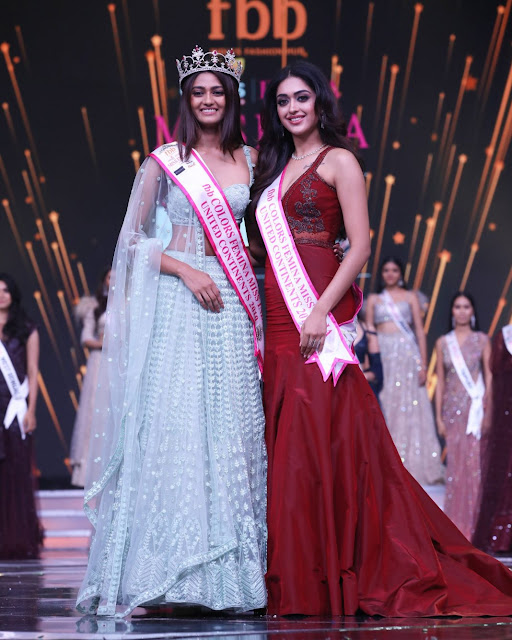