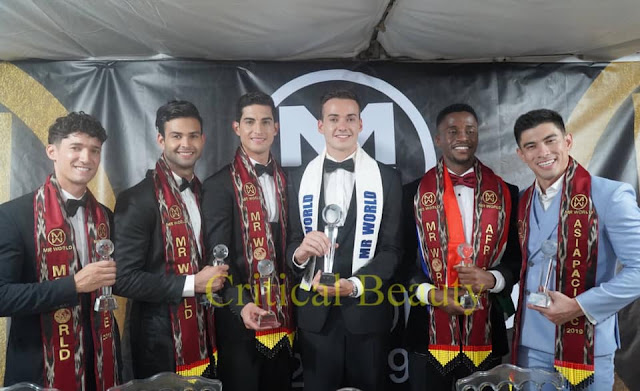 MANILA, Philippines — Jack Heslewood of England was declared Mr. World 2019, beating 71 candidates for the title during the pageant finals held at the Smart Araneta Coliseum on Friday, August 23. Heslewood's victory marks the first time that England has won the contest.

South Africa's Fezile Mkhize was 1st runner-up while Mexico's Brian Faugier was 2nd runner-up. The other finalists were Alejandro Martinez of the Dominican Republic and Carlos Franco of Brazil.

Completing the top 12 were the delegates from Austria, Ireland, Lebanon, Nepal, Northern Ireland, Philippines and Tonga.

The Continental King titles were distributed as follows: 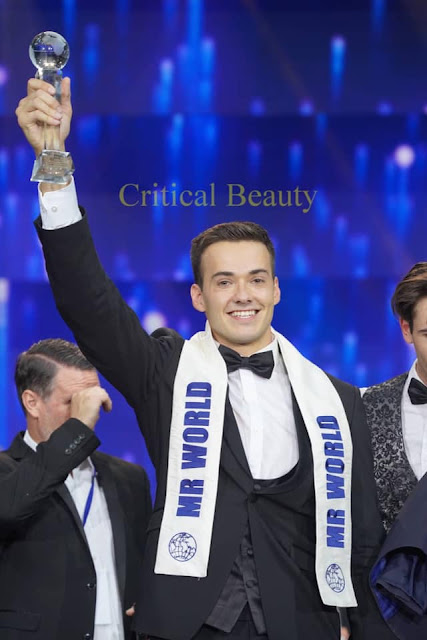 The show was hosted by Miss World 2013 Megan Young from the Philippines and Mikael Daez, a Filipino actor and television presenter.

Here's an interesting trivia about Heslewood: he competed in Mister England 2016 where he placed 1st runner-up to the original winner, Jack Eyers. But Eyers was forced to give up his title (for undisclosed reasons) and he was succeeded by Heslewood whose sister, Kirsty Heslewood was Miss England 2013 and placed in top 10 at Miss World 2013.

Mr. World began in 1996 as the male counterpart of the Miss World competition. Like Miss World, the Mr World titleholder travels around the world as an ambassador of the organization and takes part in various charity events. But unlike Miss World which is held every year since 1951, Mr. World has only been held nine times so far.