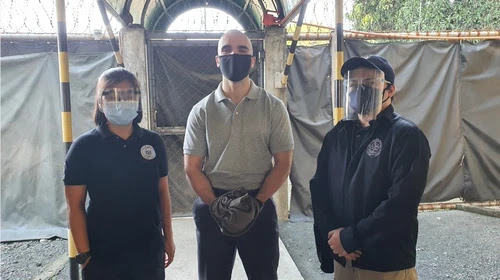 The victory for Miss Trans Global Mela Franco Habijan was a bittersweet moment she will forever remember. On the evening of Saturday, September 12, Mela’s childhood dream came true when she was crowned the first winner of a new global pageant for transgender women.

Filipino pageant enthusiasts revelled in the 33-year-old actress’ victory. But the celebration was dampened by news that devastated the LGBTQ community in the Philippines: a U.S. Marine convicted for brutally killing a transgender woman in 2014 was about to walk free.

On Sunday, September 13, images of Lance Corporal Joseph Scott Pemberton being uncuffed just before he boarded an American military plane pinballed across social media and TV screens in the Philippines.

The case outraged advocates and campaigners and renewed calls to scrap defense pacts with the U.S., which no longer runs the Philippines as a colony but still maintains a military presence there.

After serving only six years of his already reduced 10-year sentence for murdering Jennifer Laude after a night out, Pemberton left the Philippines. His express lane to freedom was paved by President Rodrigo Duterte’s absolute pardon, granted just a week before.

“It was hard for me to celebrate,” Mela told VICE News. “I was outraged to see him [Pemberton] being uncuffed and walking free.”

It was then that Mela knew that her victory could serve a higher calling. She needed to use her new title and platform to champion better rights and protections for her community.

“In the Philippines, even if they say we’re accepted, we’re tolerated, the reality is we’re not,” she said. “When I won the title, people took the opportunity to bash me and to make fun of Jennifer Laude’s murder.” 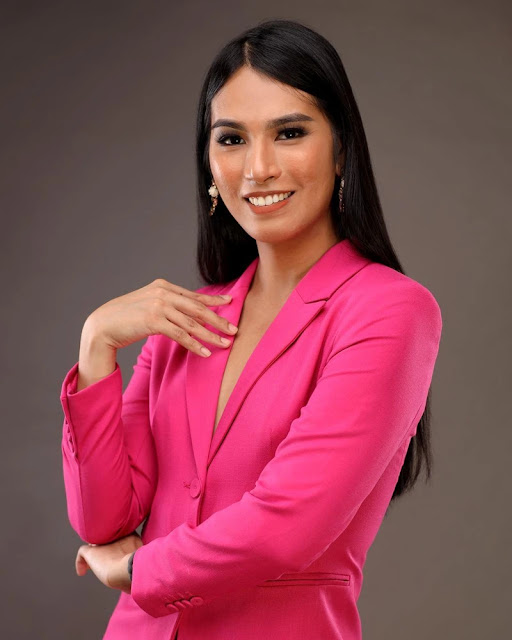 MELA FRANCO HABIJAN WAS CROWNED 'MISS TRANS GLOBAL' AS A U.S. MARINE WHO MURDERED A TRANSGENDER WOMAN IN 2014 WAS BEING SET FREE. PHOTO SUPPLIED

Philippine media outlets quickly reported and ran features about Mela’s victory. But comment sections were filled with hateful rhetoric about her identity and lifestyle.

“God created only man and a woman,” one comment read. “Don’t show yourself to Pemberton or you will be the next Jennifer Laude,” another read.

Beauty pageants are a big deal in the Philippines, which is home to numerous Miss Universe and other international competitions. In 2018, Catriona Gray was crowned Miss Universe 2018, the fourth Filipino woman to win the competition.

Organized during the coronavirus pandemic, Miss Trans Global 2020 was “an inclusive competition run by trans female activists for trans women of all backgrounds, shapes, and sizes,” according to the competition’s description. All 18 contestants from around the world were asked to shoot their own videos to participate.

During the virtual coronation night, Mela bested the 17 other candidates and also won awards for Most Eloquent Queen and Most Glamorous Queen.

She dedicated her pageant journey and victory to Jennifer Laude.

“I was hurting. Jennifer Laude was killed. My trans sister was killed,” she said.

“People quote the Bible a lot when they condemn us,” Mela, who is also a Christian, said. “But why can’t they quote from the Bible one of the Ten Commandments. ‘Thou shalt not kill.’”

Duterte’s pardon caused outrage and protests in the Philippines. For them, it was a huge setback in a long fight for equal rights and protection in a predominantly Christian country.

The issue was hotly debated on social media. While others condemned Duterte’s decision, his supporters rallied behind him.

“If you were Jennifer’s family, how would you feel? Shortening his sentence was already heartbreaking, and now it was the president himself who granted him a pardon,” Mela said. “That is not justice.”