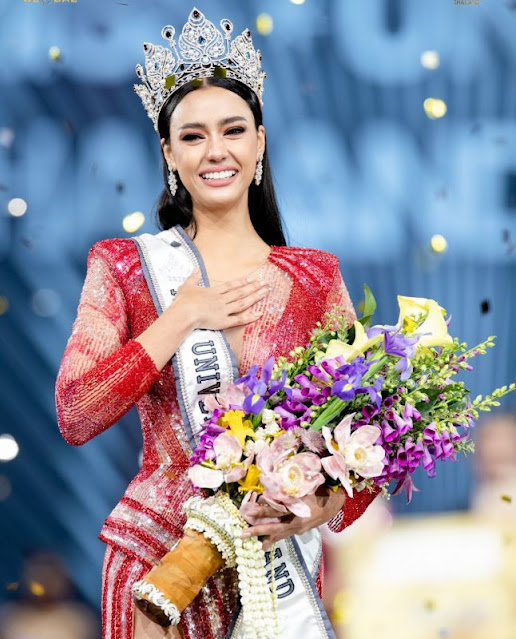 PHUKET: Chalisa Amanda Obdam, a 27-year-old Thai-Canadian model from Phuket, has been crowned Miss Universe Thailand 2020. She will represent Thailand at the 69th Miss Universe 2020.

The judges’ decision was announced at the final round of the Miss Universe Thailand pageant, held at the True Icon Hall (ICONSIAM) in Bangkok last night (Oct 10).

This year, the pageant was held  under the theme ‘Real you, Real Universe, and Empowering Beauty’.

“Over 29 contestants, Amanda caught all eyes and the full attention of both audiences and judges throughout the contest. She confidently came with her dark gray two-piece in the swimsuits competition, and the gorgeous dress in red color during the evening gown competition,” reported NBT World.

During the Top 3 Q&A, all ladies were asked, “If you become the new Miss Universe Thailand, in what way would you represent herself as an icon of Thailand?”

To this Amanda replied that even though she is half Thai-Canadian, she is truly a Thai lady, and will present all of her Thainess within herself to the world, noted the NBT report.

Praveenar Singh, a half Thai-Indian from Chiang Mai, was announced as 1st runner-up, while Punika Kulsoontornrut from Prachuap Khiri Khan was voted 2nd runner-up.

Present to bestow the crown to Amanda was Paweensuda Drouin, who made her final walk as Miss Universe Thailand 2019 before the official announcement naming the new Miss Universe 2020.

As winner of the prestigious pageant, Amanda received a cash prize of B1 million, a Honda Civic car, as well as a fully-furnished condominium. She will also represent Thailand at the 69th Miss Universe 2020.

Hopes run high that Amanda will become the third Thai to be crowned Miss Universe, following Porntip Nakhirunkanok from Bangkok winning the title in 1988. Apasra Hongsakula, from Bangkok, was the first Thai to win the crown, in 1965. She was 18 years old at the time.