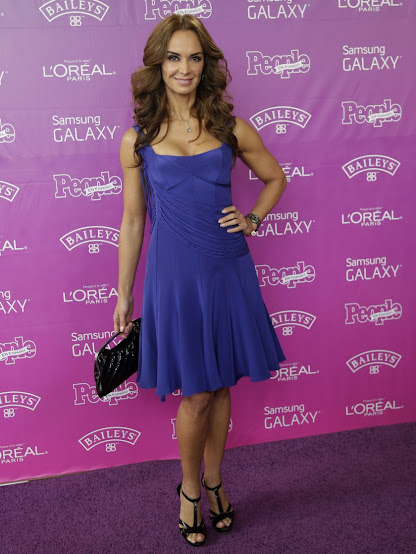 Former Miss Universe Lupita Jones, of Mexico, poses in 2013 at a luncheon hosted by People en Espanol magazine in Coral Gables, Fla., recognizing 25 Hispanic women. In 2015, Jones said, via her official Twitter account, that she was offended and angry “like everyone else” with Donald Trump over his comments referring to Mexican immigrants as criminals and rapists.
(AP Photo / Lynne Sladky)

Could a former Miss Universe become the next governor of Baja California?

Lupita Jones, the 1991 winner of the international beauty pageant, is considering the idea of running for the post now held by Jaime Bonilla Valdez.

This is part of a reported push by PAN to recruit female candidates to campaign for various elected positions.

Jones, whose full name is Maria Guadalupe Jones Garay, recently appeared in an online video in which she corroborates the rumor: “It’s not a secret that various societal groups and political parties are inviting me to run for governor of Baja California,” says Jones, 53.

In her four-minute public address in Spanish, in which she acknowledges that she has no experience in politics, Jones appears to be testing the public’s reaction to her possible candidacy for the office.

She says she is “reflecting profoundly about my state and what I could do if I had that responsibility.” Being a newcomer to politics is good, she says, because it would enable her to “sit with everyone and work as a team.”

After her reign as Miss Universe, Jones, of Mexicali, started her own pageant business and was responsible for choosing Mexico’s candidates for Miss Universe and other global beauty contests. She also has worked as a television producer and acted in some Mexican soap operas.

In 2015, Jones was openly critical of Donald Trump, then part-owner of the Miss Universe pageant, after he made disparaging remarks about Mexican immigrants. She asked that Mexico withdraw from the 2015 event and urged a boycott of the beauty contest’s products.

Jones spoke of Baja California as the vanguard of Mexico, with its robust border economy and advances in manufacturing, technology, the arts, culture and craft beer industry.

She made an appeal for public input.

“I am going to continue reading (your comments) and listening to you all. I have to make a decision. And I want it to be the best for Baja California,” she says.

“If I were governor I would do it to unite the people and bring to Baja California a new era.”