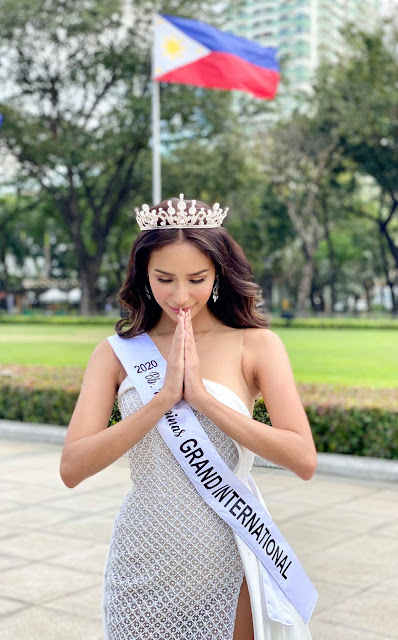 Earlier today, Binibining Pilipinas posted on its Facebook account an official statement confirming the selection of Samantha Bernardo, 27, as the Philippines' representative to the Miss Grand International 2020 pageant which will take place in Bangkok, Thailand on March 27, 2021. 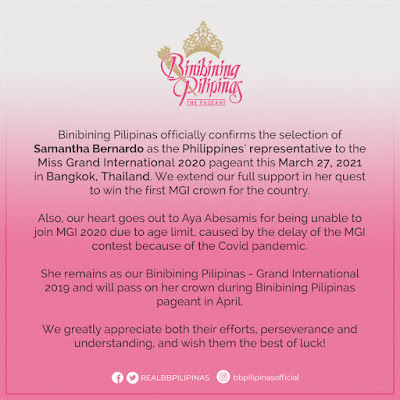 Bernardo had competed twice before in Bb. Pilipinas - in 2018 and 2019 - placing second runner-up at both times. She replaces Aya Abesamis, Bb. Pilipinas Grand International 2019, who has aged out of Miss Grand International due to the delay of the pageant caused by the Coronavirus pandemic. The Philippines has yet to win the pageant which was almost won by Nicole Cordoves in 2016 when she placed first runner-up. 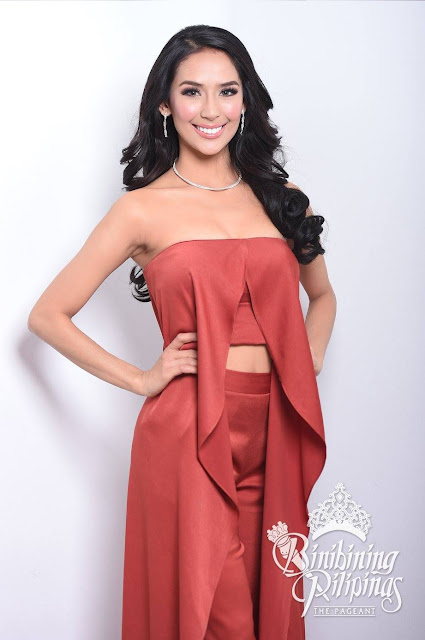