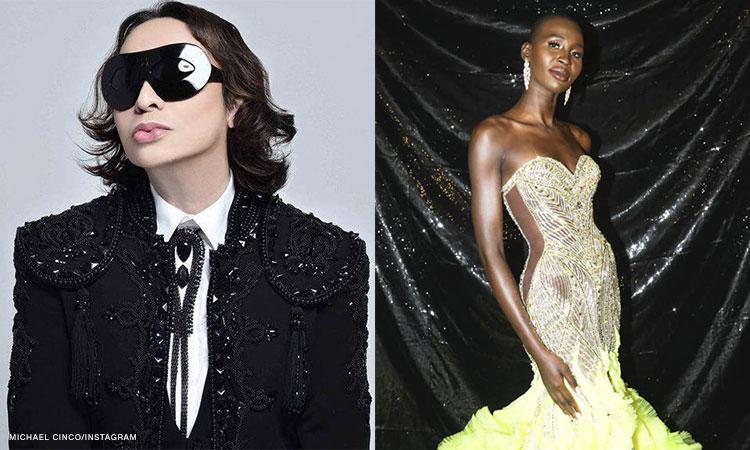 Metro Manila (CNN Philippines, May 23) -- Dubai-based Filipino fashion designer Michael Cinco called out the Miss Universe Canada team after he was blamed for her failure to land in the semifinals of the Miss Universe pageant.

Cinco said the team has been spreading lies about him, including sabotaging Miss Canada Nova Stevens' chances in the international pageant.

“Now this is for you, to the whole Miss Canada team Migüel Martinez, Denis Martin Davila, and Miss Canada Organization and your ungrateful Miss Canada Nova Stevens,” said Cinco in a lengthy Facebook post on Saturday.

“You have been spreading fake news about me and my team being unprofessional days before the pageant but I chose to be quiet and calm. But this time, I need to stand up for me and my team, as it is just so unfair!” he added.

“The gowns arrived on time. Or how could you have sent me photos and videos of her wearing them, showing how the gowns perfectly fitted her, days before each event,” said Cinco.

“You even posted a video of Nova in her last fitting and she was happy. You were forcing me to make Nova’s 26'' waist line to be cinched to 23'', which I obviously didn’t heed even if you said that in pageants, comfort doesn’t matter. But please don't say that her gown was ill-fitting,” he added.

Moreover, Cinco said that it was him who shouldered the photo shoots of Stevens while wearing his creations.

“Her life story was supposedly inspiring and I even went out of my way hiring a team of world-class photographer and filmmaker to shoot her in my couture gowns at a world-class location in Dubai just to give her extra publicity mileage and create for her a balance of glam and luxury as opposed to her humble homecoming in Africa. And everything in that shoot was paid for by me. Did you get that?” he said.

Cinco pointed out that other Miss Universe candidates who wore his designs, such as Miss Romania and Miss Czech Republic, expressed their gratitude to him. Even eventual winner Miss Mexico sent him a message, despite not being able to wear his gown both in the preliminary and finals night.

“But for Nova and your team, not only have I not got a curt ‘thank you,’ but even seemed so upset with me for (Steven) being eliminated in the pageant. Am I the judge?” said Cinco.

He also warned the team not to hire him or any Filipino designers anymore.

“You all are ungrateful, vile, and professional users. Next time don’t ask me or any Filipino designers to dress up your candidates. Ask your Canadian designers to showcase their works in world stage,” said Cinco.

For her part, Stevens said in a video she has nothing but “love” and “gratitude" towards Cinco.

“You have created the most beautiful gowns I could think of. I’ve never once imagined that I would work with you because you’re Michel Cinco. So the fact that I was able to work with you is honestly a highlight of my career as Miss Universe Canada,” she said. So I just want you to know that – that gratitude would never be diminished no matter what. And I’ll express that gratitude publicly and privately.”