Miss France, the country’s 101-year-old beauty pageant, is being sued by a feminist activist group over alleged discriminatory entry requirements.

An appeal has been filed against the pageant’s parent company, Endemol Production, by Osez le féminisme (Dare to be feminist), who in a news statement issued on Tuesday said Miss France contestants perform a work service and therefore should be protected from prejudice under French employment law.

Discrimination against employees on the basis of gender, sexual orientation, family situation or genetic characteristics is considered unlawful in France. A 2021 application form for the national beauty pageant revealed candidates would not be considered if they were not at least 5-foot-5, or if they had ever been married or had children.

Further disqualifiers for potential contestants include wearing weaves or hair extensions, having tattoos and smoking. The application also asks for clothing size, and it requests that prospective beauty queens do not undergo any major physical changes after they are accepted into the competition. Failing to comply could land the contestant with a 5,000-euro ($5,822) fine, according to Miss France’s terms and conditions.

While the mission statement of the competition is to find “the young woman most representative of beauty and elegance,” the strict registration requirements mean contenders for the crown are somewhat limited.

“Beyond exploiting women for economic gain, this contest, through the violations of the law of which it is guilty, has a negative and retrograde impact on the whole of society,” wrote Osez le féminisme in its news statement. “It is high time Endemol Production finally removes all sexist clauses from its regulations.”

Miss France and Endemol Productions have not responded to CNN’s request for comment.

Alyssa Ahrabare, the head of Osez le féminisme, wrote on social media that Miss France currently “feeds stereotypes that stand in the way of equality.”

“The competition rules are discriminatory: marital status, age, attitudes, choices of women, everything is subject to injunctions from another time! Candidates must be single and respect the rules of “elegance”, stop these sexist rules!” she added. 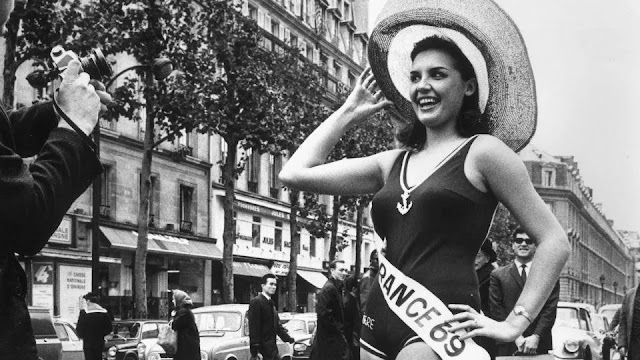 This is not the first time in recent years that the pageant world has been criticized for its outdated codes of conduct and culture. In 2013, France decided to ban competitions for children under 16 over concerns of promoting the hyper-sexualization of minors. But few countries followed suit, despite an accruing number of petitions. In 2018, model Veronika Didusenko had her Miss Ukraine title revoked when organizers found out she was a mother. Miss India came under scrutiny, too, in 2019 for perpetuating colorism by exclusively choosing fair-skinned contestants. And earlier this year, Miss United States of America (a separate pageant to Miss USA) won the right to ban transgender women from competing.

While there have been some instances of positive change – in 2019, Zozibini Tunzi became the first Black woman with natural hair to win Miss Universe, and last year India crowned their third Miss Transqueen – progress is often clouded by pageantry’s controversial history.

Yet appetite for beauty contests, at least in France, appears to be on the up. Miss France 2021, which aired December 2020, received the best television ratings since 2006 with 8.6 million viewers tuning in to watch the crowning, according to local reports. The next Miss France competition is set to take place December 11.