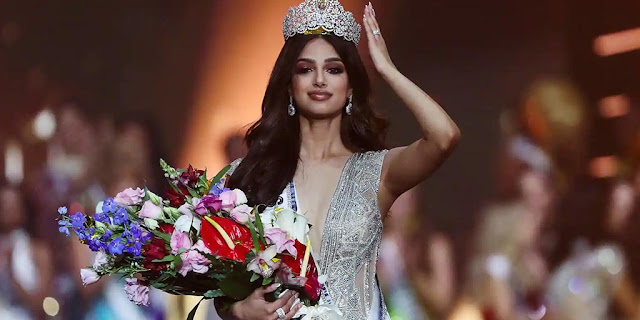 There is a new Miss Universe, Miss India Harnaaz Sandhu.

Miss South Africa, one of the many contestants pressured by her own government to boycott the controversial pageant to protest Israel's treatment of the Palestinians, was named second runner-up.

When the Bollywood actress Miss India was next announced as the winner, Sandhu fell into joyful tears before taking her first stage walk as Miss Universe.

The final Fox telecast minutes Sunday saw some exciting live TV moments. Earlier in the show, Harvey had alluded to his Miss Universe 2015 fiasco in which he had announced the wrong winner. In 2015, Harvey named Miss Colombia Ariadna Gutierrez, who was really first runner-up, as the winner instead of Miss Philippines Pia Alonzo Wurtzbach, who won the competition. 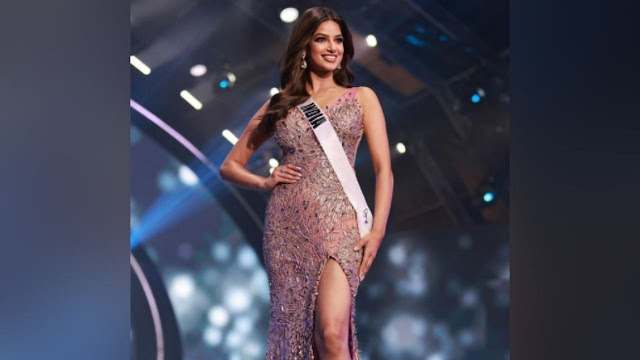 With Sunday's competition down to the final two, Harvey referred to Miss Paraguay as "Miss Portugal" seconds before announcing the winner. He quickly corrected the mistake.

"They wrote Portugal on the damn sign, they're trying to play me again," Harvey said of the show's producers. "I'm not going for it this year."

Earlier in the competition, Harvey asked Sandu, who had just cracked the top 16 as Miss India, "I hear you do some pretty good animal impersonations. Let's hear your best one."

Sandhu responded with a cat's meow from the stage that became an instant internet meme, while Harvey received some criticism on Twitter for the question.

Miss USA Elle Smith, 23, a University of Kentucky graduate who works as a broadcast news reporter for WHAS-TV in Louisville, made it into the top 10 Sunday night. But Smith was denied a spot in the top five.

As Miss Kentucky, Smith took home the title of Miss USA 2021 at the annual pageant last month in Tulsa, Oklahoma.

Prior to Sunday's Miss Universe pageant, Smith shined the spotlight on the deadly weekend tornados that devastated her home state. "My thoughts and prayers go to those impacted by the tornadoes in western Kentucky. These pictures only show a small part of the damage in this community. Over 70 people are dead, and many more are still missing," Smith wrote on Instagram, directing readers to fundraising efforts.

mith graduated in 2020 from the University of Kentucky, where she studied broadcast journalism with a minor in political science, served as vice president of the school's National Association of Black Journalists chapter, and worked as a summer Fox News College Associate in the Washington, D.C. bureau, according to her WHAS-TV bio. 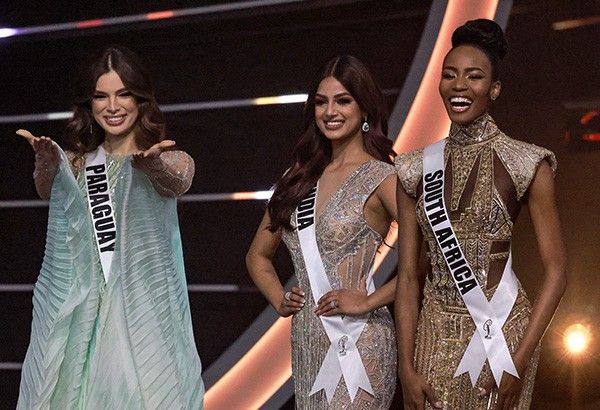 Sunday's contest suffered a last-minute hiccup with the arrival of the omicron variant, which forced Israel to close its borders to foreign tourists late last month.

Most of the Miss Universe contestants were already in the country before the new regulations came into effect. But those who came afterward were given special permission to enter, albeit with a mandatory 72-hour quarantine period.

Throughout the run-up to Sunday’s contest, all contestants were tested for the coronavirus every 48 hours and required to obey strict mask requirements.

The contest also drew attention in recent weeks for other reasons.

A grassroots Palestinian-led boycott had urged contestants to skip the event to protest Israel’s treatment of the Palestinians.

In the end, only Malaysia, a predominantly Muslim country with close ties to the Palestinians, did not send a representative, citing the global COVID-19 situation. The South African government, which also strongly supports the Palestinian cause, withdrew support for the country’s representative over her participation.

In an interview last month, Meza urged contestants to leave politics out of the pageant, saying the gathering was meant to bring together women from different backgrounds. “When you are in there you forget about politics, about your religion,” she told The Associated Press at the time.

Organizers said Sunday's pageant was expected to reach an estimated 600 million viewers via the FOX network in 172 countries.