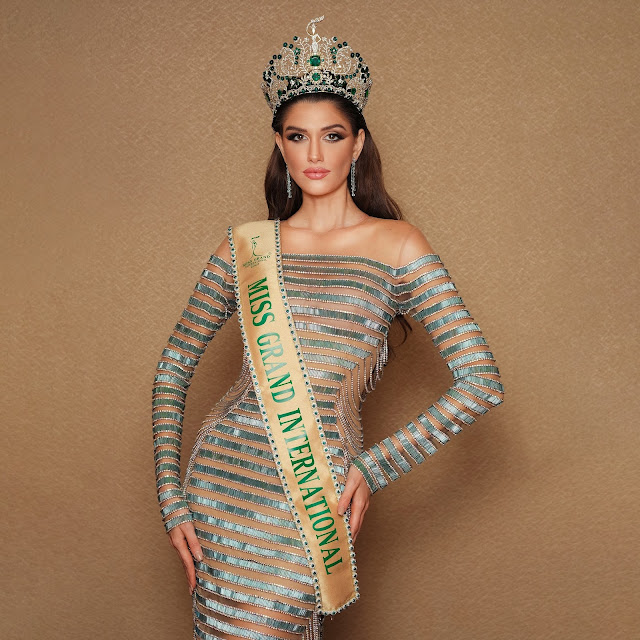 Brazil’s Isabella Menin was crowned Miss Grand International 2022 during a four-hour pageant Tuesday night in Jakarta, Indonesia. Menin succeeded Vietnam’s Nguyễn Thúc Thùy Tiên, becoming the 10th Miss Grand International since the pageant’s inception in 2013. Brazil has been placing in the top 5 for the last three years and has finally won its first crown with Menin's outstanding performance.

Menin bested 67 candidates after three cuts, as seen in the livestreamed pageant on YouTube which crossed a million concurrent viewers.First runner-up - Thailand, Engfa WarahaSecond runner-up - Indonesia, Andina JulieThird runner-up - Venezuela, Luiseth Materán4th runner-up - Czech Republic, Mariana BeckovaForming the Top 10 were the candidates from Cambodia, Colombia, Puerto Rico, Spain and Mauritius (who automatically was fast-tracked to Top 10 after winning the Popular Vote).Completing the top 20 were the delegates from Curaçao, Denmark, Dominican Republic, Honduras, Mexico, Nigeria, Paraguay, Peru, and the Philippines.All top 10 finalists each receives a crown, sash and the opportunity to travel around the world for several months. The finalists ranked from 11 to 15 were all designated as fifth runners-up.Congratulations to Brazil! After placing in top 5 for the last three years, the country has finally won its first Golden Crown. Most of all, congratulations to Henrique Fontes, director of Global Beauties and Brazil’s national director for sending and preparing a candidate who is every inch a queen!