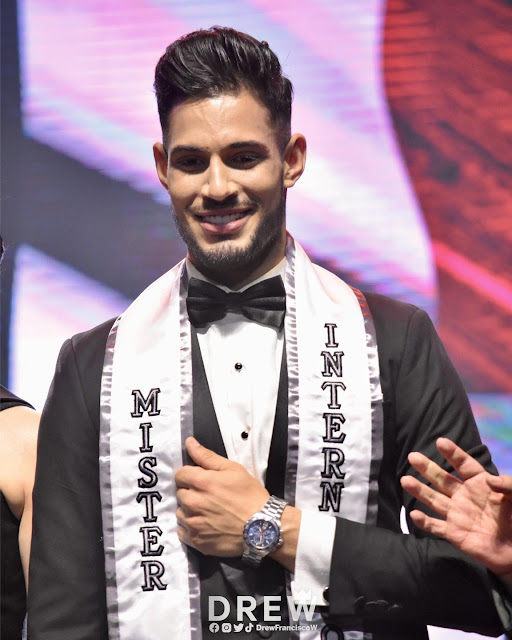 MANILA, Philippines — Manuel Franco from the Dominican Republic was proclaimed Mister International at the pageant’s 14th edition staged at the New Frontier Theater at the Araneta City in Quezon City on Sunday, Oct. 30.

He bested 34 other delegates from all over the world to become the first representative from the Dominican Republic to receive the title.

This year’s presentation was mounted three years after the competition’s 13th installment, technically its 2018 edition, was staged in February 2019, also in the Philippines.

Trinh Van Bao bested 38 other international delegates that year, making him the second winner from Vietnam.

Settling for the first runner-up spot in this year’s edition was Lukanand Kshetrimayum from India, while Orangel de Jesús Dirinot Guanipa from Venezuela was the second runner-up.

Jason Li Kwai Chiu from Hong Kong and Myron Jude Ordillano from the Philippines were third and fourth runners-up respectively.

Juan Pablo Colías González from Spain rounded up the winners’ circle as the fifth runner-up.

The 16-year-old international male pageant was established in 2006 in Singapore by the late Alan Sim, whose passing this month was commemorated during the final competition.

Hunk cop Mariano Flormata Jr., more popularly known as Neil Perez, was the first Filipino winner of the Mister International pageant. He won the title in the 2014 competition staged in Seoul, South Korea, besting 28 other contenders.

The international organization had earlier announced that the pageant’s 15th edition will be held in Hanoi, Vietnam, on Aug. 1, 2023.