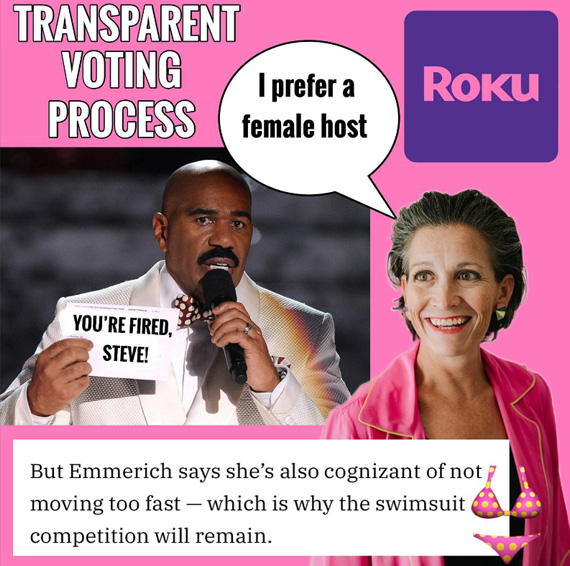 The 71st edition of Miss Universe competition will be streamed live via Roku channel, an streaming service, according to an article published by Variety Magazine yesterday.The other take-aways include:

- Steve Harvey will not return as host. Instead, a female host will replace him.- A streaming service like Roku will cut down on commercials that usually pollute mainstream television. Instead of commercials, behind-the-scenes footage will be shown- MUO CEO Amy Emmerich says that the voting process will be transparent, but the scores will not be posted during the telecast to prevent “aggressive” viewers from harassing and bullying the selection committee- The swimsuit competition stays because the pageant not only highlights the power of voice but also the power of the body- Emmerich foresees accepting plus-size women in the future because she believes in body positivity- The delegates from Russia and the Ukraine are allowed to compete despite the ongoing war between the two countries, but it is not yet confirmed if Russia will actually show upRead full article here: https://variety.com/2022/tv/news/miss-universe-pageant-stream-roku-channel-2023-1235451201/What do you think of these changes? Comment below.